When the Jewish People received the Torah, Mitzrayim and Canaan were so steeped in immorality that both were slated for destruction. Egyptian civilization was destroyed when the Jews left, yet the Canaanim merited staying in their land for an additional 47 years. The Chizkuni suggests they merited this extra time because they buried Avraham Avinu in Me’aras HaMachpeilah.


This explanation is difficult to understand. Their meritorious deed occurred hundreds of years before the Jews left Mitzrayim. Furthermore, it’s not like the Canaanim offered Avraham Me’aras HaMachpeilah as a gift; he bought it for full price. Why were the descendants of Ephron and his fellow citizens rewarded for selling a cave for profit?

In 1990, in a South African diamond mine, a huge rough diamond was found. When it came out of the ground, it was 777 carats. While no one could be certain, it promised to hold extraordinary value. The challenge was to cut it in a manner that would leave the largest section of unspoiled diamond.

The DeBeers company sent the stone to Belgium where a team of diamond cutters, using high-powered microscopes, created countless diagrams and more than 100 computer-generated models of the stone to determine the correct cut. The actual cutting was done by laser under laboratory conditions similar to a sterile operating theater. The temperature and humidity were carefully controlled, and special tongs were designed to hold the diamond.

After three years of labor, the stone was split and the pieces sent to South Africa for finishing and then on to New York City for polishing. The result was The Millennium Star, a superb, near-perfect diamond weighing 203 carats – one of the finest diamonds in the world. While it is insured for $200 million, its real value can’t be assessed, as it isn’t for sale – it truly is priceless.

Now, imagine a tribesman from the rain forest around the time of the final cutting visiting a friend who works in the mine. Not familiar with Western civilization, he says to his friend, “What’s all this fuss about?”

“Well, we discovered the finest diamond ever,” he replies.

“What’s a diamond?” asks the tribesman.

“They’re beautiful, shiny gems that glisten in the light,” he replies. “They are considered so precious that most men will give one to the woman they wish to marry as a token of their devotion. This stone is more than 200 times larger than the ones most people own. It weighs over 200 carats!”

“I see,” says the primitive, “but, if it weighs that much, how do they carry it?”

Well, for a diamond it weighs a lot, but, there are 141 carats to an ounce. So it only weighs about an ounce and a half.”

The tribesman looks at his friend and says, “All that noise over a small piece of rock? Before I got married, I brought a huge bag of the finest sweet yams to my bride. That tiny little thing you call a diamond – why, a hundred of them don’t even weigh as much as one sweet potato.”

With this parable, we can understand the Chizkuni. The Canaanim may not have been aware of what they were doing, but they were helping one of the greatest men in history. While it’s true that Efron profited from the sale, and it wasn’t even his idea to sell the cave, his behavior benefited Avraham. And the merit of that act was so great that over 400 years later an entire nation merited staying in its land an additional 47 years. Small deeds, like small items, can sometimes be priceless.

This fact is important for us to keep in mind because we may, at times, think we’re not worthy of Hashem interceding in our lives – and we may be correct. Nevertheless, we are all children of the Avos and Imahos. If the merit of Avraham protected an entire nation, surely it will protect us, his direct descendants.

Furthermore, the Chizkuni’s comment teaches us the value of even one mitzvah. While we may not be tzaddikim, we do mitzvos all the time. From the 100 brachos we make each day, to every word of Torah we study, to everything else we are called upon by G-d to do each day – if we calculated their value, we would realize that we have much to our credit and much that we will take with us beyond this temporary world.

Knowing that we are the direct descendants of Avraham, Yitzchak, and Yaakov, and that we are constantly performing meritorious acts, allows us to recognize the great opportunity we have been granted to succeed and become the great individuals we were destined to be. 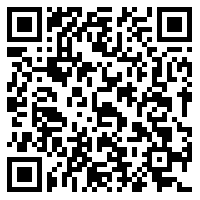