“And the person who is afflicted with tzora’as – his garments shall be torn, his head shall be shorn, and he shall cover himself up to his lips; he shall call out: “Unclean, unclean!” (Vayikra 13:45).

Tzora’as in earlier times was divine punishment for speaking lashon hara. Our sages teach us that even when the middas hadin reigns, it’s infused with the middas hachesed. Thus, although tzora’as was an affliction, it also made glaringly clear to the individual that he needed to repent for his transgression, as the Talmud (Shabbos 55a) tells us, “There is no suffering without iniquity.”


The people who stood at Har Sinai were on a spiritually high level and therefore privileged to receive an overt sign to correct their behavior. Over time, though, the generations became less spiritually elevated and no longer merited this sign (Yoma 9b). We still, however, sometimes receive general signs, which is why our sages say, “If a person sees that adversity has befallen him, he should examine his deeds” (Berachos 5a).

Unfortunately, though, it’s not uncommon for people to attribute their difficulties to misjudgment (“I invested unwisely”), a bad break (“I was in the wrong place at the wrong time”), etc. rather than understand that everything in life comes from Heaven.

A tzaru’a was isolated, not because tzora’as is contagious, but because isolation leads a person to contemplate his plight and transgression and his need to do teshuvah, says Rav Gabay. Moreover, his seclusion highlighted the break in the relationship of others that his lashon hara brought about.

A tzaru’a has to uncover his head – a sign of humility – to counter the arrogance he displayed by passing judgment on others and discrediting them. Then his clothes have to be torn to counter his aspiration to rule over others and amass possessions. His lips, which spoke lashon hara, though, are covered, and he has to call out to others, “Tamei, tamei – Unclean, unclean.”

This call served two purposes. First, it drew people’s attention to his status and reminded them what happens when one isn’t careful to observe the laws of lashon hara. Second, it aroused their compassion and mercy (seeing as they did his pitiful condition) and they would pray for his wellbeing.

The Yalkut says the word “metzora” is a contraction of “hamotzi ra – one who chooses to identify the negative in people.” One who wishes to avoid lashon hara and its consequences will constantly seek to find the good in others.

R’ Nachum was a young yeshiva student in a town whose inhabitants were persecuted by a moser (informer). He hated his brethren, but every Shabbos he would come to shul and demand an aliyah, and he would receive it because everyone feared what he would do if he were denied it.

Once, as he was walking, he encountered a Jew carrying a case of eggs and summarily demanded them, but the man refused to hand them over. The informer became infuriated. He promptly grabbed the carton of eggs out of the man’s hands, and smashed all its contents over his head, covering the poor man in eggs from head to toe.

Deeply pained, the man ran to the rav to request a din Torah. The rav’s patience had already worn thin from the moser’s abominable behavior, and he sent his attendant to summon the informer to court. The moser grabbed the summons, but did not show up on the appointed day. Nor did he respond to a second and third summons.

The following Shabbos, the moser came to shul as usual and demanded an aliyah. As he approached the bimah, though, the rav rose from his place and shouted, “You arrogant rasha! Leave the shul immediately! You have been intimidating the residents of the town, and you scorn daas Torah. You have brazenly ignored the summonses to a din Torah, and you therefore have no permission to step into the House of G-d.”

As the moser walked past the rav, he threatened, “I will get my revenge on you.”

That same week, the rav set out for a bris in a nearby city accompanied by two of his students, one of whom was R’ Nachum Shadiker. On the road, they saw the moser with a gun in hand pursuing them, and they became very frightened.

However, when the informer approached, he fell at the feet of the rav and begged for his forgiveness. He then gave the rav a large sum of money to pay for the carton of eggs he had broken and to compensate the poor man for the embarrassment and pain he had caused him.

The rav accepted his contrition and sternly warned him against any further wrongdoing.

As he was leaving, though, the moser remarked, “I will have to break the bones of these two disciples,” and with the gun in his hand, he struck R’ Nachum Shadiker.

The rav later explained to his students what had transpired. “When I saw this evil person in pursuit, I tried to justify his actions. I considered possible events in his life that could have fostered such cruelty in him – his parents, his teachers, his education. Surely it was not his fault that he acted this way, I speculated. Perhaps I should not have embarrassed him as I did in public.

“It was as if he intuited my feelings. His mindset and demeanor began to change, and he realized that perhaps I had been correct in rebuking him so harshly. He understood that I had no other choice but to deal with him in the way that I did so that people would know that they could not defy the rav or reject daas Torah. With that recognition, he began to truly regret what he had done.

However, the two of you were consumed with negative thoughts and hostility toward him, so he was hostile and antagonistic toward you in return.” 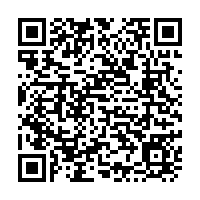