The great Rav Chatzkel Levenstein, zt”l, made an interesting observation about the saga in Egypt. He comments that the greatest miracle that occurred in Egypt was the fact that when we were ready to leave after 210 years, the Jews found such favor in the eyes of the Egyptians that they were ready to give to the Jews all of their prized possessions. Observed Rav Chatzkel, for 117 years of slavery and persecution, the Egyptians were disgusted with the Jewish people. In the last years, the Egyptians suffered horribly through the Jews as they were tortured and decimated by the Ten Plagues. Yet, Rav Chatzkel questions, as this period came to a conclusion, all of a sudden the Egyptians had an about face and the Jews had favor in their eyes? This is contrary to any human sense whatsoever.

Rav Chatzkel explains that this is a Divine miracle engineered by Hashem in fulfillment of the verse, “When Hashem favors the ways of man, even his enemies make peace with him.” Thus, when Yosef was viceroy and he saved the land of Egypt, the Jews were favored by the Egyptians. However, when Yosef died and they annulled the performance of circumcision and the Jews said, “Let us be like the Egyptians,” Hashem forcibly separated us from the Egyptians by making them loathe us. Later, at the time of the Exodus, when the Jews eschewed the Egyptian idolatry and took their sheep-god for the korban Pesach and circumcised themselves, Hashem once again allowed the Jews to find favor in the eyes of the Egyptians.

When Jews came to America and they were confronted with the WASP society that didn’t allow them into the country clubs, some made the mistake of thinking that if they became more American they would be more accepted. The reality is just the opposite. When we try to be like the gentiles, that causes them to repel us. Thus, the Golden Age of Spain came to a crashing halt when we became just like the Spaniards and, as the famous saying goes, “If the Jews don’t make Kiddush, then the non-Jews make Havdalah,” meaning, if we don’t behave with the proper sanctity, then the non-Jews make the separation. As the verse teaches, “When we are a nation that dwells apart,” then the other nations don’t take note of us and don’t cause us problems.

The finding of chein, favor, is a very important quality. The Steipler Gaon, zt”l, writes in his work Chayyei Olam that Hashem demonstrated with the plagues that He controls nature, whether it’s the food supply (with plagues such as locusts and hail), or the water supply (with the plague of blood), or the animals (with the wild beasts and pestilence). He also showed that He wields the power of who should find favor in the eyes of whom.

Every day we ask in the morning that we should find favor in Your eyes and in the eyes of those who see us. In bentching, we also say in the fourth bracha that Hashem should give us chein. Chein is a great commodity because it benefits us even if we don’t deserve it. That is why it’s the root of the word chinam, which means free, because one who finds favor benefits even when it’s not deserved.

May it we the will of Hashem that we cultivate the awesome trait of gentleness, as the Gemara advises, “May a person always be gentle as a reed.” In that merit, may we find favor in eyes of Hashem and our fellow man and be blessed with long life, good health, and everything wonderful. 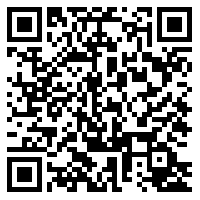