We are now in the middle of the period called bein hametzarim, known more commonly as the Three Weeks. As a nation, we mourn the destruction of our two Holy Temples during this time. This loss is more poignant now with all the different hardships swirling around our people of late; the numerous people who are seriously ill and dying both in Eretz Yisrael and throughout the globe.

We must realize that we are feeling the absence of the mizbei’ach, the altar, which allowed us the opportunity to atone for our sins instead of being punished for them. The disturbing inflation, the collapse of many previously successful businesses due to the unprecedented COVID restrictions, coupled with the normal hardships experienced by the middle class in paying tuition and health care, are all reminders that we are missing the Shulchan from the Holy Temple, which helped the fiscal solvency of our people.

But the Three Weeks is not simply a time to ponder our loss. The Yerushalmi Tractate Peah (chapter 1) teaches us, “Kol dor shelo nivneh Beis HaMikdash b’yamav, k’ilu charav b’yamav – Any generation in which the Temple was not rebuilt in its day, it is considered as if it were destroyed again in that era.” Thus, the Three Weeks is also a time to focus on why the Temple was destroyed and what specific sins are still lingering among us, such that their malignancy is blocking the restoration of the House of Hashem.

Here, thankfully, we step outside the realm of guesswork or suggestion. The Talmud clearly delineates why the Temples were destroyed. In Tractate Yoma (9b) the Gemara teaches us that the first Temple was destroyed because of the sins of idolatry, immorality and bloodshed. Then the Gemara poses the question, “Mikdash sheini, sh’hayu oskin b’Torah u’vimitzvos u’v’gemilus chasadim. Mipnei mah charav – The Second Temple, where the masses studied Torah, followed the laws and embraced acts of loving-kindness. Why did they lose the Temple?” And the Gemara responds succinctly, “Mipnei sh’haysa bo sinas chinam – Because they were guilty of senseless and meaningless hate.”

The Gemara then adds the powerful message that this teaches us that the sin of such hatred is equivalent in severity to the sins of immorality, idolatry and bloodshed. We should also reflect upon the profound novelty that it is possible for a people to be involved in Torah and even do acts of kindness and yet be so riddled with the crimes of feuding with – and hating – their fellow man.

The Gemara then continues that both Reb Yochanan and Reb Eliezer observed, “Rishonim, sh’nisgalu avonam, nisgalu kitzam. Achronim, sh’lo nisgalu avonam, lo nisgalu kitzam.” Rashi explains this to mean that, since the sinners of the First Temple era didn’t bother to sin in secret, the limit of the first diaspora was not kept in secret but rather was revealed to be a duration of seventy years. However, the sinners of the Second Temple, who camouflaged their sins, were not told when the long diaspora would end.

Rav Michel Birnbaum, in his wonderful sefer Sichos Mussar (volume two), offers another explanation of this Talmudic dictum. He explains that the generation of the First Temple was punished only for a short duration since it realized its sins. However, the generation of the Second Temple and the ensuing generations thereafter have not fully realized their crimes. Therefore, it was not revealed to them when the Temple would be restored.

This is a very important point. Many people fool themselves into thinking that they are not guilty of the crime of sinas chinam. A very important step for us to take during the Three Weeks is to pull out our little black book and look over those people who we are not talking to, those people we used to be friends with, and see how we can repair these relationships.

The Orchos Tzadikim (chapter 6) gives some reasons why people might hate one another. Sometimes, he says, sinah is generated by jealousy, whether of the other person’s wealth, wisdom, prestige, spouse, or children. He counsels us that we need to combat these feelings by realizing that Hashem gives us what is best for us. Other times, he suggests, we might dislike someone because they abstain from doing us favors. The Orchos Tzadikim suggests that we should sidestep this by looking for favors from Hashem instead.

We need to remember the rule taught to us by Rav Chanina ben Dosa in Pirkei Avos (3:13). “V’chol sh’ein ruach habriyos nocha heimenu, ein ruach haMakom nocha heimenu – Whomever people are not pleased with, you can be sure that Hashem is not pleased with him either.” Thus, it is imperative for us to brush up on our skills of peacemaking and tolerance, so that we should be assured of finding favor in the Almighty’s eyes.

This is a subject matter we need to discuss with our children at this critical time of the year. Say to them, “If you would like to work toward the rebuilding of the Beis HaMikdash and the coming of Moshiach, you need to learn how to get along with all kinds of people, even those who are surly and sour, even those who are stubborn and rigid, and even those who are opinionated and self-righteous.”

In this merit, may we indeed be zoche to the coming of Moshiach, speedily in our time. 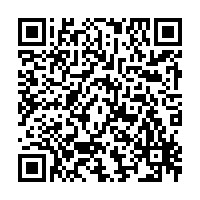