“Pinchas, the son of Elazar, the son of Aharon HaKohen, appeased My anger against Bnei Yisrael by taking My revenge amidst them, and so I didn’t have to destroy them with My vengeance.” — Bamidbar 25:11


The pasuk tells us that because Pinchas defended the honor of Hashem, he was granted a “bris of shalom.” Sforno explains that as a result of this covenant of peace, Pinchas lived to an extraordinary age – far longer than was expected in his times. However, Sforno points out the reason for his longevity wasn’t supernatural, but rather because he was granted this bris.

Since he was given shalom, he was at peace with himself, and as a result he didn’t suffer the normal internal conflict that causes damage to our bodies. He therefore lived to an extremely old age.

Sforno explains, “All deterioration happens to the body because of conflict of the opposites.” In other words, all disease, infirmity, and weakening with age only occurs because of internal conflicts. Since Pinchas was granted peace, he had no internal battles; therefore, his body didn’t age and he lived hundreds of years.

The Body Was Made to Last Only So Long…

The difficulty with this understanding of the Sforno is that it negates our basic understanding of health. The reality is that humans age. The heart, the liver, and the pancreas were designed to function only for a given length of time. After that, they break down. Infirmities and weakness come naturally with old age. Arthritis, high blood pressure, and thickening of the arteries are a part of life. While the heart may be a remarkable living pump, the valves start to weaken with time, the muscle tissue begins to break down, and it deteriorates with age. So how can Sforno argue with our accepted understanding by stating “All deterioration happens to the body because of conflict of the opposites”?

The answer to this question is based on 20th century medical findings. Herbert Benson, M.D., Ph.D., was a professor of medicine at Harvard University in the 1960s when he stumbled upon an unusual phenomenon. He found that when a patient’s blood pressure was taken in his office, invariably it was higher than when it was taken at home. His patients would regularly report blood pressure levels significantly lower than what was found in his office.

After careful study, he concluded that anxiety contributes to high blood pressure. Being examined by a doctor was causing his patients to be nervous, and that was contributing to the rise in their blood pressure.

While it may seem obvious to us today, at the time it wasn’t at all clear that there was a correlation between stress and high blood pressure. For decades, it was assumed a person’s mental condition had no effect on his physical condition. Any reported effects of stress and anxiety on health were taken as psychosomatic or imagined.

Benson’s discovery led him to firmly establish the correlation between stress and high blood pressure, and he became a pioneer in a new field of medicine: the relationship between mind and body. Since those times, it has become accepted in the medical community that stress causes a marked deterioration in a person’s health. Stress can bring about heart disease, gastrointestinal disorders, pain, insomnia, asthma, allergies, etc.

It is now widely accepted that along with diet and exercise, lowering of stress levels is a major contributor to a person’s overall health.

This is something Sforno taught us over 500 years ago. What he was saying was that Pinchas naturally lived for hundreds of years because the normal cause of deteriorating health didn’t apply to him. He wasn’t in conflict; he was at peace with himself, and as such, his body was healthier and able to live to an astonishingly advanced age.

The Ultimate Cause of Distress

This concept has major ramifications in our lives. When Hashem created man, He implanted into each of us an inner sense of right and wrong, a Voice Inside that allows us to know the correct course of behavior for each situation. More than simply a moral compass, this Voice Inside acts as our guide to self-perfection.

When a person listens to that voice, he lives a fulfilling, meaningful life as his Creator intended, and he is at peace with himself. If he chooses to ignore that voice, not only does he not grow to the heights for which he was destined, he lives in discord and conflict because the voice doesn’t give him any rest.

He didn’t ask for or choose that voice. He may no longer want it, but the voice is there, and speak it does – often against his wishes: Why are you living your life that way? Why aren’t you learning more? Why aren’t you davening like a mensch? What do you think you were put on this planet for?

Many times, the person may even want to scream at that voice, “Leave me alone! What are you – my rebbe or something?!” But the voice doesn’t stop. The person may ignore it for a while. He may squelch it, but it returns over and over, giving him no rest. If a person decides not to listen to that voice, one of the prices he pays is discord and inner conflict. He is at war with himself, and he suffers.

Hashem created the human to be healthy, happy, and to live a fulfilling life. If a person lives in accordance with the wishes of his Creator, not only does he grow as a person, he lives a peaceful, happy life. If, however, he chooses to ignore that path, not only does he fail to fulfill the purpose for which he was created, he suffers greatly in this world as well. He lives in discord with his inner sense and finds no peace, joy, or happiness. 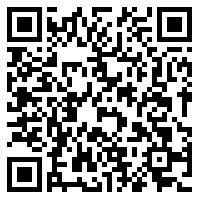