The Torah portion of Mishpatim deals primarily with the civil laws that govern communal interaction. The fact that these decrees are given at this point – directly after the Hebrew tribes receive the Ten Commandments – shows a clear distinction between Western religions and Israel’s Torah. In truth, the Jewish nation has no such concept as “religion” in the formal sense of the term, as we reject the notion of anything lying outside the realm of HaShem. It is Israel’s mission to elevate every sphere of Creation by infusing it with kedusha and bringing it to its highest potential in our world.

Western civilization generally views religious observance as something limited to an individual’s private sphere of ritual and prayer. This erroneous perception constructs a false division between private service to G-D and the way a person treats his fellow man. The Torah recognizes no such distinction as all areas of life are intertwined and holiness derives from ethical business dealings and proper military conduct no less than from piety in matters of Torah study and prayer. The Sages teach that a Jew wishing to be live a pious life should be scrupulous in matters of civil law (Baba Kamma 30a). From this it is derived that the seat of the Sanhedrin should be on the Temple Mount, for both the Temple and the Sanhedrin are expressions of HaShem’s Ideal in this world. A judge who rules properly is considered a partner in Creation while one who judges corruptly is called a destroyer of G-D’s world. It is therefore appropriate that immediately after carrying Am Yisrael through the recognition of HaShem’s power, the miracles of the Sea and the revelation at Sinai, the Torah commences with precepts that seem almost mundane in character but are in fact no less expressions of HaShem’s greater Ideal than is the first of the Ten Commandments proclaiming His existence and sovereignty over all.

In the book of Melachim I (Kings 1), the Queen of Sheba visits the Israeli Kingdom of Shlomo. At the commencement of her visit, she expresses great skepticism regarding international rumors of the monarch’s wisdom. But after observing the way in which the Hebrew society functioned, the visiting queen is astounded. She immediately begins to praise Shlomo’s wisdom and HaShem’s supremacy, recognizing kedusha not merely in how Israelis observed Shabbat or brought korbanot to the Temple, but also in the way the realm functioned day-to-day. She expressed immense admiration for every aspect of the Hebrew Kingdom, down to the way in which the servants were dressed. Sheba discovered that Israel’s Torah encompasses all of national and even international existence, including the most seemingly mundane aspects of life.

The Divine Ideal of Am Yisrael existing as a kingdom of priests and a holy nation necessitates the sanctification of every aspect of individual and national life, revealing the unity of HaShem as encompassing all. While any gentile can be a righteous and holy individual, only Israel has the potential to be a holy nation, expressing kedusha in every facet of nationhood. Only through establishing such a holy kingdom can the Jewish people fulfill our collective mission of bringing Creation to its ultimate goal of total perfection and awareness of HaShem. 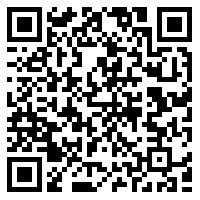