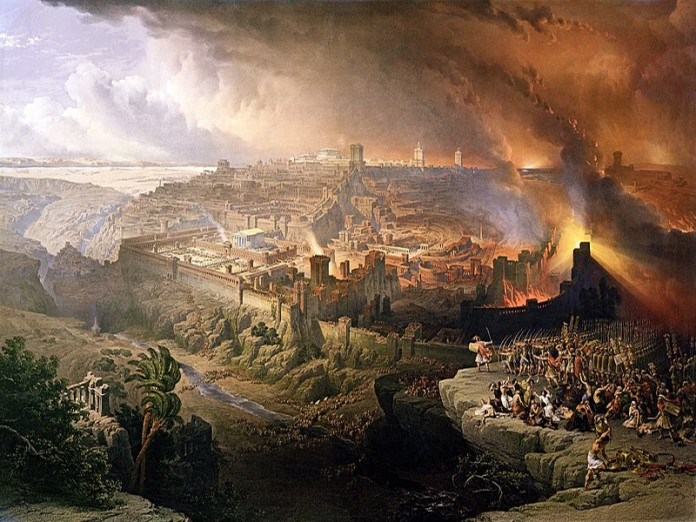 The Shulchan Aruch states that Tachanun is not recited on Tisha B’Av because the day is called a mo’ed, festival.

R’ Chaim Vital (1543-1620), renowned for recording the teachings of R’ Yitzchak Luria (the Ari HaKadosh, 1534-1572) writes that he heard a different reason from the Ari HaKadosh. He notes that since it is known that Moshiach will be born at the time of mincha, the Sages did not object when the people cleaned their homes after chatzos. The Birkei Yosef (otherwise known as the Chidah), observes that this was particularly prevalent in Italy, where the practice was to fortify the emunah of the population so that they should not despair of the ultimate redemption.

The paradox presented here is puzzling. Tisha B’Av, which is the most serious day of mourning of the entire year, and one of the most stringent fasts, is also called a mo’ed and we don’t say Tachanun, we don’t say Selichos, and we omit Lamenatzei’ach. Furthermore, after chatzos, which is the time of day when the Bais HaMikdash was fully engulfed in flames and burning fiercely, we already put into effect some leniencies in the modes of aveilus, e.g. we sit on a regular chair, we put the house in order and prepare to greet Moshiach.

The great Klausenberger Rebbe explains that our pain and sorrow is spiritual; we mourn the expulsion of the Shechinah. Particularly at this time, we exhibit joy to demonstrate that the Shechinah is not completely cut off, but certain aspects accompany us into exile.

The Sefer Yosifun relates what happened on Tisha B’Av after chatzos:

“When the Romans opened the gates to the Holy of Holies and captured it, they joyfully blasted a horn. Marauders overran the Holy of Holies, set it afire, destroying everything. Smoke billowed in the air as the fire raged. Titus tried desperately to extinguish the flames, crying and shouting, but no one listened. Frustrated with his officers, Titus cursed them, struck the non-Romans with his sword, but he was unable to chase the plunderers away.

It is for this reason that the halachos of mourning are relaxed somewhat after chatzos, the time of day when the Holy of Holies was burning to the ground. It signifies, to some extent, a mo’ed, because the Shechinah was freed to be with us in exile all these many years.

When Hashem released His anger on wood and stones, He effected a new comportment with the Jewish nation. Instead of destroying the Jewish people, as the Prosecutors in Heaven contended, Hashem could now have the Shechinah dwell in exile. Granted the presence of the Shechinah is not as preeminent as it was when the Temple was standing; nevertheless, there is no complete detachment of Klal Yisroel from their Father in Heaven. On the contrary, there exist opportunities to come even closer to Hashem.

The Sefer Yosifun also tells us that when the Kohanim realized that this was indeed the end, they believed that there was no life after the destruction of the Holy Temple. They jumped into the fire of the Holy of Holies, along with strong men who had hidden from the Romans, and were consumed by the fire. It is acknowledged that they self-sacrificed for the honor of the Temple and their act appeased the anger of Hashem against the Jewish people.

Accordingly, as well, Tisha B’Av is considered a mo’ed.

R’ Naftali Amsterdam, a disciple of R’ Yisroel Salant, once stayed at a house where he didn’t sleep all night. He kept hearing noises the entire night – chairs moving, dishes breaking. He was very disturbed when he discovered the next morning that the house did not have a mezuzah.

R’ Yisroel Salant told him: When I sleep in a house without a mezuzah, I am fearful the entire night.

An individual who overheard this exchange began to laugh and said, “When I sleep in a house without a mezuzah, I don’t feel any difference at all.” R’ Yisroel told him, “When someone who lives with emunah in Divine Providence sleeps in a house without a mezuzah, then Hashem wakes him up. However, someone who is irresponsible does not merit any revelation from Hashem.”

The Mashgiach of Lakewood noted that this communicates a basic principle in Judaism. Two of the parshiyos within the mezuzah discuss emunah. If a person embodies emunah and devoutness in his life, then he discerns its absence and he cannot sleep. One who lacks holiness, though, will not perceive the absence of emunah (contained within the mezuzah).

Similarly, the destruction of the Holy Temple is a personal experience. It is an internal awareness that is guided by one’s heart. If a Jew lives with true emunah, then he immediately perceives the void; he understands that holiness is missing; the Holy Temple is not with us. That is the feeling that should be stirred within each and every person on Tisha B’Av.

On the night of Tisha B’Av, R’ Shimon of Yaraslov would sit on the floor to listen to the reading of Megillas Eichah, which talks about the destruction of the Holy Temple. As soon as the first three words were uttered, “Alas, she sits in solitude …” he would faint, and it would be very difficult to fully revive him until the next day after chatzos.

May each of us be able to truly feel the churban this year, and may we see the fulfillment of the promise of our Sages (Taanis 30b) that those who mourn the destruction of the Holy Temple properly will merit to see it rebuilt in its glory. 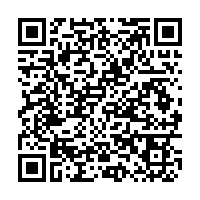