As the school year comes to a close and the summer months begin, we find ourselves in the month of Tammuz. While the summer may be a time for vacation, we all know that Avodas Hashem is a year-round duty. So in what way should we be growing in the month of Tammuz? What specific task does Hashem have in mind for us during these few weeks? Our journey begins; let’s go!

The Arizal writes that the months of the year match up to the twelve tribes of Israel, with Tammuz matching up with Reuven. This alignment informs us that Tammuz is the time to learn from the ways of this great tzaddik in one way or another. But what do we know about Reuven? The Torah does not describe this firstborn tribe at length, and he is really only singled out in three instances. The three times are as follows: Firstly, when Reuven saw that his mother was not conceiving any more children, he brought her a fertility-inducing plant called dudaim to help turn the situation around. (Vayeitzei 30, 14) Secondly, when Rachel died and Yaakov moved his bed to the tent of Rachel’s maidservant, Reuven went and moved the bed to the tent of his mother Leah. (Vayishlach 35, 22) Lastly, when the brothers decided to kill Yosef, Reuven protested and convinced them to instead throw him in a pit. The verse testifies “[Reuven convinced them to throw him in a pit because he was] intending to rescue him from their hand, to return him to his father.” (Vayeishev 37, 22) What do these three incidents have in common? Do they inform us of Reuven’s special middah? If we can find a way to deduce the common idea that these instances share, we’ll be well on our way to understanding the growth of Tammuz. Let’s move along.


Perhaps we can find the missing piece of information by analyzing the one calendric observance of Tammuz – Shiva Asar B’Tammuz. The Mishna in Taanis (26b) describes how there were five tragedies that occurred on Shiva Asar B’Tammuz, which therefore make it necessary to fast and repent on this sad day. The five tragedies were as follows: Firstly, in the time of the first Beis Hamikdash, our enemies laid siege to the Temple and cut off the supply of sheep for the daily tamid offering. It was on Shiva Asar B’Tammuz, three weeks before the destruction, that the Temple supply ran out and the tamid service came to an end. Secondly, in the time of the Second Beis Hamikdash, an idolatrous image was set up in the Sanctuary of the Temple itself! Thirdly, around 16 years before the Great Revolt against Rome, a wicked man named Apostomus captured and burned a Sefer Torah. Fourthly, Shiva Asar B’Tammuz is the day Moshe Rabbeinu broke the Luchos. Lastly, the destruction of the Second Temple began when the walls of the Holy City were breached by our enemies on this very day.

Let’s analyze this Mishna in the following manner. What do these events have in common? Are they disparate events that coincidentally all occurred on the same day or do they perhaps share a common denominator? I believe that one could suggest that these events do indeed share a commonality. That is, they were all challenges to the status quo. The tamid was an offering that was brought every, single day without fail. Yet, on that tragic day the status quo was challenged. The image in the Sanctuary also broke the barrier, for the tragedy was not so much that the Jewish people had sunk into idolatry (something unfortunately not new), but that they had now set a new low – to bring a foreign god into Hashem’s house. The burning of the Torah and the breaking of the Luchos also clearly defied the standard; for what could possibly constitute a decimation of the standard more than the destruction of that which bears it? Lastly, can there be any greater representation of the concept of challenging the status quo than the example of city walls being breached?

Let’s run with this idea. The Mishnah seems to indicate that Tammuz is a time when change is in the air. Things have been a certain way, but the norm does not have to stay as it is. The status quo can be challenged. But let’s ask a fair question. All the examples in the Mishnah are tragedies – as they are aberrations from a positive standard. Does that mean that this month’s quality is purely negative? I assume the answer is no. All qualities can be used for negative and for positive as well. Obviously if the status quo is that Hashem’s Will is being fulfilled by having the tamid offering brought every day, then it’s a bad thing to break the standard and desist from offering it. If the city walls have been protecting the populace for many years, then it’s obviously a bad thing for the existing state to change. And so on and so forth.

But what if the standard is something inappropriate? Is it proper for one to rest on his laurels and say “Well, that’s the way things are”? Of course not! It is the mark of tzaddikim to be able to step forward and say that they are willing to make a change even if it’s not how things have been done thus far. Perhaps this line of reasoning would lead one to say that while one has to be on guard in Tammuz to not let any positive standards break, one also has the job during Tammuz to step forward and challenge any standard that upholds the negative.

Now let’s return to Reuven. A closer analysis of the three instances in which he is mentioned reveals that Reuven excelled in this middah of challenging the status quo. When he saw that his mother was no longer conceiving, he went and proactively did something the change the situation. When he perceived that his mother’s honor was being slighted, he challenged the status quo and moved her bed to the place where he believed it belonged. And when his brothers unanimously decided to kill Yosef, he spoke up and altered the reality of the circumstances and set a higher standard. In all these cases, Reuven challenged the status quo. (Then again, it shouldn’t come as a surprise that this middah was strong in Reuven. After all, isn’t the firstborn the one who changes a couple into parents and makes a twosome into a family?)

The conclusion we can draw from here is that Tammuz is a month of change, for better or for worse. A person has the inherent ability to challenge the way things are and change any given situation. He can break a positive standard and set new lows or he can stand up for what’s right and challenge a wrong. One can bring tragedy by lowering the benchmark for success or one can improve the world by raising the bar. Let’s learn to challenge the status quo in the proper way and learn to be like Reuven. If we can do that, we’ll have an accomplishing Tammuz. 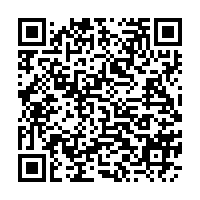