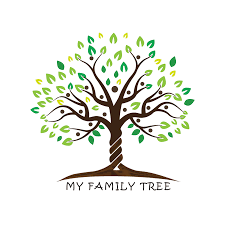 “And these are the generations of Isaac, the son of Abraham; Abraham begot Isaac,” (Genesis 25:19).

That’s how this week’s Torah reading, Toledot, starts out. Genealogy is important to Jews. We know who our progenitors are, and we honor them.


Then the Torah goes on to tell about Jacob’s birth, his blessing from Isaac to continue the family traditions, and later, Isaac instructs him not to intermarry with the Canaanites, but to go to uncle Laban’s house and marry a cousin. (Genesis 25:26, 26:28-29).

Before he leaves to find his bride, Isaac blesses Jacob a second time, “And may the Almighty God bless you, and make you fruitful and multiply you, and you shall become a multitude of people. And may He give you the blessing of Abraham [to be a great nation], to you and to your seed with you, that you may inherit the land of your sojournings [the Land of Israel], which God gave to Abraham,” (Genesis 28:1-4).

In contrast, Americans are “rootless cosmopolitans,” (a term I might add, that was frequently used incorrectly by Europeans against Jews in the past). By rootless cosmopolitans, I mean to say that America is made up of people from all over the globe. Most Americans are descended from earlier arrivals to its shores, from more than one country, and many don’t know who their relatives were, beyond a few generations back, or where they come from, in the “old country”.

Thus, the explanation for the popularity of genetic testing and ancestor searching in America today.

Well, mine are the famous Biblical prophets, chosen of the Lord, Abraham, Isaac and Jacob.

Jews, by the way, also know where they come from, Eretz Yisrael (the Land of Israel), the Biblical “Promised Land” (and the rest of the world knows it, too).

So, while Americans are scurrying around to determine if they have some of Genghis Khan’s DNA (probably raped their maternal progenitor), have some connection to Marie Antoinette and her infamous “Let them eat cake” rant, or some other famous historical figure, Jews the world over can pride themselves in their descent from such moral pillars as Abraham, Isaac, and Jacob (and Sarah, Rebecca, Rachel, and Leah).

To this day, the world reads about them in the Hebrew Bible, and tries to learn lessons from their lives on how establish a relationship with God, how to organize society and how to live life more fully.

In Judaism, there’s a concept called “Ma’ase Avot, Siman L’Banim,” the deeds of the fathers are guides for the children. Having such illustrious ancestors puts a heavy burden on Jews. Unlike someone who discovers he’s descended from Robert E. Lee (what’s he going to do, start a new slavery movement?), Jews have a responsibility to live up to our past.

Positive that there was a way to understand God’s creation using the language of modern physics, Einstein said, “God doesn’t play dice with the universe,” and went about studying it. Freud tried to “heal the soul” through the modern techniques of psychology. Karl Marx, a descendent of the great 12th century Biblical and Talmudic commentator Rabbi Shlomo Ben Isaac (Rashi), worried about the oppressed worker and the poor.

Whether they’re involved in left-wing movements for social justice, or science, medicine and the arts, many Jews are trying (often unconsciously) to express these eternal Torah values of “fixing the world,” (sometimes properly, other times in mistaken ways), that they’ve inherited from their forefathers.

Spiritually inclined, morally precocious and always inquisitive, Jews established universal public education in Judea for their children about 2,100 years ago. Always literate, besides the Bible and Talmud, the Jewish bookshelf contains a university library of works on morality, philosophy, mystical pursuits, science, medicine, history and law.

There are well over 200 very serious super-commentaries on Rashi’s biblical commentary alone. Jews as translators, were a main transmission link between the classical Greek and Latin scientific and medical texts, and the early Islamic world.

Learning enough Torah to become a rabbi (a moral, legal and spiritual guide), has always had an honored place in Jewish life, a reminder of the days of prophets and kings.

But, it’s not just for rabbis, but for all Jews to learn Torah, their cultural-spiritual inheritance, and to live in Eretz Yisrael (the Land of Israel), to fully participate in Jewish Civilization.

If your last name is Cohen or Kahn, Katz or Kagan, genetic testing has proven what most already knew from tradition: you’re a direct link to Aaron the High Priest. Jews have always guarded their lineage and many kept intricate records. Today, more descendants of King David walk the earth than one might realize, and they often know who they are.

But whether they’re descended from Moses or Aaron or King David, any number of biblical prophets, great rabbis like the Rambam or Rashi, or not, every Jew knows he’s the great-great-great-great-great…grandson or granddaughter of Abraham, Isaac and Jacob, the chosen of the Lord.

I wish others, all the best in finding out about their beloved ancestors from Africa, Europe, Asia, or from wherever they may be.

By the way, I can go and visit the family burial plot (Ma’arat HaMachpela, the Cave of the Patriarchs) in Hebron, Israel, anytime I want, to say hello to Buby and Zaidy, my forefathers and foremothers, Abraham and Sara, Isaac and Rebecca, Jacob and Leah.

In fact, last week, Parshat Chayei Sarah, Jews worldwide read about Abraham’s purchase of the family burial plot for Sarah. And in pre-CoronaVirus times, tens of thousands would flock to Hebron, for Shabbat Hevron every year.

Is there any other nation, that knows where its illustrious progenitors lived, died, and are buried? Is their any other nation that has such inspiring role models of behavior? Jacob’s descendants, the Jewish people, are truly blessed. 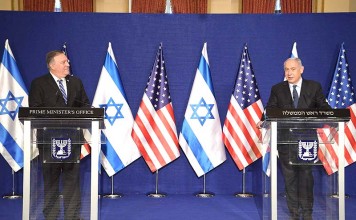 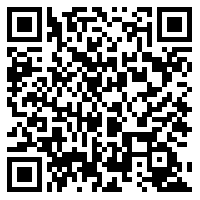