Before going to Florida for the winter, Mrs. Rosen asked her neighbors – the Millers – if they would place her jewelry in their family safe until she came back. The Millers happily agreed.

But a month after Mrs. Rosen left, the Millers themselves suddenly decided to go away for several months. When they left, though, Mr. Miller’s mother – who was widowed and had moved in with them years earlier – stayed behind.

One day, the elderly Mrs. Miller returned from some errands and found that the house had been robbed. When word got back to Mrs. Rosen, she asked the Millers to pay her the value of her stolen jewelry.

“I entrusted the jewelry to you, not to your mother,” Mrs. Rosen argued.

“But we always left the house for work, and my mother often watched the house while we were away,” replied Mr. Miller.

“But you never left for so long. It was only for a few hours,” said Mrs. Rosen. “This was different.”

The two parties decided to call Rabbi Dayan. After listening to both sides present their cases, Rabbi Dayan said, “The Gemara [Bava Metzia 36b, 42b] states that when a person entrusts an item to someone, he does so with the understanding that the person’s wife and mature children can also guard it. The guardian is not expected to be home 24/7.

“The Rambam and Shulchan Aruch add that other household members, such as a mother or son-in-law, can also guard the item. Relatives who don’t live with the guardian and/or are not sustained by him, however, can’t watch it [Choshen Mishpat 291:21]. Later authorities disagree on whether mature children have to be current household members to be able to watch the item [Knesses Hagedolah, Hagahos Beis Yosef, Choshen Mishpat 291:48; Maharit Tzahalon #234].

“The Maharit Tzahalon [#279] writes that a guardian may leave an item under a household member’s care only for short intervals, not for an extended period of time while he’s away at a distant place. Others don’t make this distinction, at least when the item is in a secure place [Paamonei Zahav, Choshen Mishpat 291:21; Pischei Choshen, Pikadon 4:2].

“So, based on all the above, the Millers are exempt from paying you, Mrs. Rosen, for the stolen jewelry since Mr. Miller’s mother was guarding the item. Even the Maharit Tzahalon might agree with this ruling since the jewelry was sitting in a safe” [see Nesivos 291:2]. 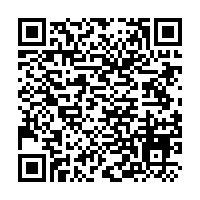