In the Torah reading of Matot, we’re informed how the tribes of Gad and Reuben were blessed with a significant wealth of flocks. The leadership of those tribes demanded of Moses to let them stay on the plentiful, lush, grazing lands of the recently conquered eastern side of the Jordan River, and not to force them to get the planned and likely smaller portions in the Promised Land of Canaan.

Moses agrees to their demand on the condition that they contribute soldiers to the conquest of Canaan who will serve in the Israelite army until all of the tribes have gotten their portions of land. Gad and Reuben agree.

Relatedly, the Chidushei HaRim on Numbers 32:1 gives an exposition on divine blessings. He states that there are three types of individuals with three distinct blessings: the wise, the mighty and the wealthy, who respectively possess wisdom, might and wealth. He also makes the distinction between those who “grab” the blessing, which in such cases is not likely to endure, versus those for whom it is truly a divine gift.

He explains that all our attributes and circumstances are designated to us by God. However, the person who “grabs” the blessing is the one who imagines that God had nothing to do with it, but that their wisdom, might, or wealth are the exclusive results of their own efforts. In such cases, those very blessings may not endure. On the other hand, a person who realizes that what they have comes from God, if they are thankful and humble about it, that is indeed a divine gift that will last.

He adds, that of the three gifts, wisdom is the key. Acquiring and retaining wisdom more easily enables a person to develop strength and achieve wealth. Ironically, the tribes of Gad and Reuven, who were so eager to “grab” the land to house their wealth of flocks were also the first of the tribes of Israel to lose their land and all their possessions, suffer exile and so far, remain lost to history.

May we appreciate and understand the source of our divine gifts and put them to good use. 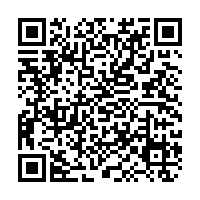