The IDF and other Israeli security forces conducted counterterrorism activities on Wednesday night in a number of locations in Judea and Samaria, during which they captured Abdel Halim Ezz El-Din, the commander of the Islamic Jihad in the Jenin area.

The IDF stated that its forces conducted operations in multiple locations, including in the city of Jenin, and the villages of Hawara, Salem, Bir Zeit, El Yamun, and Enabus.


The police’s elite Yamam counterterrorism unit and the Nahal reconnaissance unit operated in Jenin and arrested three wanted persons suspected of involvement in terrorist activities, including Abdel Halim Ezz El-Din, the commander of the Islamic Jihad terror organization in the city, and Adel Zakarna, whose brother Muhammad was killed in a clash with Israeli forces in April.

During the operation, a violent disturbance developed during which rioters threw rocks and Molotov cocktails and shot at the forces. The Israeli forces returned fire.

Jenin, under the control of the Palestinian Authority (PA), has been a hotbed of terrorism and a focal point for Israeli counterterrorism operations. IDF forces returned to operating in the city after about a week in which it withdrew due to President Joe Biden’s visit to Israel.

IDF forces operated in the city of Ramallah and arrested three wanted men.

In the village of al-Mu’ayir, the forces confiscated illegal weapons. Two suspects who attacked the forces during the operation were also arrested.

The forces also arrested two wanted persons in the village of Deir Abu Mash’al and confiscated a vehicle used for terrorism.

A total of 12 terror suspects were arrested in the operations and were transferred for further investigation by the security forces. 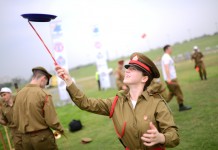