Murderers are not monsters, they’re men. And that’s the most frightening thing about them. -Alice Sebold
The Torah spends several chapters on the ritual treatment of a biblical spiritual malady called “Tzaraat” popularly mistranslated as leprosy. The person who suffered from the Tzaraat, called a “Metzora”, while not a leper, did suffer from an unusual skin condition that was cured in biblical times by exile from the camp and then a ritual purification and sacrifice process.
Most rabbinic commentators explain that the malady of Tzaraat affected primarily those guilty of gossiping. Gossiping was so onerous a crime that God Himself would alter the laws of nature and personally intervene to strike the offending gossiper with this strange and unusual malady.
Rabbeinu Bechaye on Leviticus 14:2 (Metzora) quotes the Talmud that states that gossiping is so horrendous that it is actually worse than murder, illicit relations and idolatry COMBINED.
I always thought this Talmudic dictum somewhat of an exaggeration, until I had the misfortune to witness first-hand the destruction caused by gossip. It has to do with cutting bonds.
Murder is the cutting of the bond of life; cutting off or destroying the connection between a body and a soul.
Illicit relations is the cutting of the bond of family. Adulterers destroy the bond between a husband and wife, sabotaging that basic unit of society.
Idolatry is the cutting of the bond with God. Idolaters sever the connection between man and the divine.
Then why is gossiping worse than all three of the cardinal sins put together? Because a gossiper destroys all of these bonds, and more. Gossip destroys the bonds of self, of family, of faith, and of community. It is a betrayal of the trust that is inherent in any group, destroying all the bonds that make us who we are. There are few murders that are worse than that.
Rabbeinu Bechaye adds another Talmudic dictum that gossip kills three people. It kills the gossiper, it kills the listener and it kills the person being gossiped about.
So the next time you want to share a juicy or even innocuous tidbit about someone you know, think again. You may be committing murder.
Shabbat Shalom
Advertisement 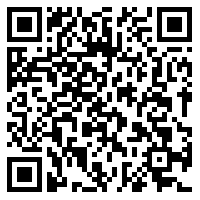