One year after the end of the 40-day hunger strike of Arab security prisoners in Israeli jails last year, the number of their family visits has doubled and reached an average peak of more than 150,000 visits, meaning more than two monthly visits for each of the 6,200 security prisoners, Walla reported Wednesday.

When the strike began on April 17, 2017, some 1,100 prisoners joined it, most of them members of Fatah. According to the Israel Prison Service, over the 40-day strike, the number of strikers rose to 1,578, but then fell by more than 750, as prisoners ended their strike.


Simcha Goldin, father of officer Hadar Goldin whose body has been held by Hamas in Gaza since the summer of 2014, said that until the strike last year, every security prisoner received one family visit a month, with the families’ transportation paid for by the International Red Cross. After the strike, Goldin said, the Palestinian Authority undertook to finance the second monthly visits.

The IPS called the Goldin allegations “fake news,” insisting that “not only is there no increase in visits, but there is a downward trend.”

As proof, IPS noted that the coordination of transporting prisoners’ families on their visit is done by the Red Cross, which has not reported an increase in the scope of its activities.

“There was no change in IPS policy regarding visits,” the service insisted, adding that “Hamas prisoners do not receive visits,” and that “the security prisoners’ strike […] resulted in failure and the IPS did not withdraw from its positions and did not formulate any agreement as a result of the strike.”

Now shut up and move away from the TV, we’re watching the game… 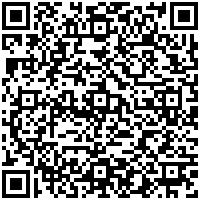