Home Judaism Parsha TORAH SHORTS: Vayechi
Share on Facebook
Tweet on Twitter
Photo Credit: James Tissot / Pinterest
The term “Jew” is derived from Judean, meaning descendants of Judah. But Judah was only one of the sons of Jacob, only one of the tribes of Israel. Our history tells us that before the destruction of the first Temple in Jerusalem, more than 2,700 years ago, our brothers, the ten northern tribes of Israel, were conquered and exiled by the king of Assyria. They have been lost to our history ever since.
There is a wide ranging discussion as to the fate of these lost ten tribes. However, every year there is more evidence of how far descendants of the tribes of Israel reached. They may have reached as far as India, China and even the Americas. Even more significantly, members of these recently discovered tribes have been accepted as Jewish by leading Rabbis and have come back to the land of Israel. This includes the Ethiopian Jews who trace their ancestry to the tribe of Dan and the Indian Jews who still refer to themselves as the children of the tribe of Menashe.
Rabbeinu Bechaye on Genesis 49:1 (Vayechi) foretold the return of the missing tribes centuries ago and explained that our patriarch Jacob prophetically hinted at these events in his last words to his children. Jacob uses two different terms for “you will be gathered” in his dying words. Rabbeinu Bechaye explains that Jacob was referring to two gatherings, each related to two redemptions. The first redemption was that the Children of Israel, all twelve tribes, would be redeemed from the slavery of Egypt and all of them would be brought to the land of Israel. The second redemption which will parallel in many respects the redemption from Egypt, refers to the end of days, the Messianic era that would encompass two broad “gatherings.”
The first gathering to Israel would be the return of the descendants of Judah (which includes the tribe of Benjamin as well as Levites and Kohens) – which we are witnesses to in the modern era. The second gathering will be that of the ten tribes during the final redemption, bringing together all the tribes of Israel after millennia of separation, something that we see unfolding before our very eyes.
May our brothers from all corners of the earth find their way home and may we welcome them back graciously.
Shabbat Shalom
Advertisement 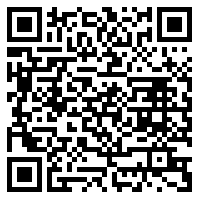