It appears that Israel will not be able to walk out in a huff and slam the door on the United Nations Educational, Scientific and Cultural Organization, despite reports earlier this week that Prime Minister Benjamin Netanyahu instructed Israel’s ambassador to UNESCO, Carmel Shama Hacohen, to submit the Jewish State’s resignation, Ma’ariv reported Thursday.

Netanyahu wanted to join President Donald Trump in punishing the organization for its vicious attitude towards Israel, but he may be forced to curb his righteous indignation until next year, on account of a technicality.

In order for a country to leave UNESCO in 2018 – with or without righteous indignation – it must submit an official letter containing a request for departure in 2017.

Now Israel’s foreign ministry (whose acting minister is PM Netanyahu) is a bit red in the face, because Ambassador Shama has not submitted such a letter. Now, on account of the holiday week in Paris, the anti-Israeli organization’s offices are closed until next Tuesday, by which time it would already be 2018, when righteous indignation departures may only be scheduled for 2019.

Still, a frustrated Ambassador Shama stated: “I spoke with the director general on Friday, when the prime minister’s instruction came to submit an official letter of departure.”

“No solution has yet been found for handing over the letter [in 2017],” Shama admitted, adding, “But the director general is willing to find alternatives even though the organization’s building is locked.”

The ambassador declared: “As far as I am concerned, the letter will be delivered even if I have to climb over the fence and go through the organization’s locked gates.”

And if this is not the most appropriate story with which to end 2017 – we don’t know what is. 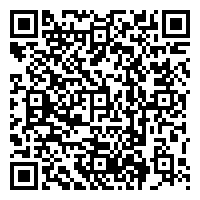