The Talmud (Yevamos 62b) relates that R’ Akiva had 12,000 pairs of students, all of whom died between Pesach and Shavuos because they didn’t treat each other with respect. As a result, the world was desolate of Torah until R’ Akiva taught a second group of disciples, including R’ Meir Baal HaNess, R’ Shimon Bar Yochai, R’ Elazar Ben Shamua, R’ Yehuda Bar Ila’I, and R’ Yosi Ben Chalafta.

R’ Akiva warned these students that his earlier disciples had died because they failed to honor the Torah views and interpretations of their colleagues. This second set of students disseminated the legacy of Torah in all of Israel.

The Mishnah (Pirkei Avos 2:15) teaches, “Let your fellow’s honor be as dear to you as your own.” The Rambam (Hilchos Dei’os 6) writes that every individual must love his fellow like he loves himself and must honor his fellow like he himself wishes to be honored.

The Shaar HaKavanos writes that before a person prays in the morning, he should accept upon himself the mitzvah of loving his fellow man: “I love everybody in this world like I love myself. And now I am preparing my mouth to utter prayers before the king of kings, Hashem.”

Why do we say this first considering that “everyone” includes even evil people? It is pointed out that this statement unifies our prayers with the tzibbur and empowers them to go up to Heaven. In addition, the Jewish nation has many requests of Hashem, including communal ones such as health and the ingathering of the exiles. In the merit of loving and looking after others when praying, our personal prayers will be answered as well.

HaGaon R’ Shmuel Horowitz asks how it’s possible for a person to love each individual equally. A person does not instinctively cherish all his limbs equally. For example, a person would prefer to be struck on his arm rather than his head. That’s why if he’s about to be hit on his head, he covers it with his arms and hands. Yet, even though his head is more vital to his survival than his arms, he certainly loves all his limbs and wishes to have them all.

The tzaddikim and ge’onim of Klal Yisrael are the “eyes of the community” (einei ha’eidah), the talmidei chachamim and righteous women are the heart and head, and people of lesser stature are the arms, hands, and legs. All these “limbs,” though, are components of the whole, and ahavas Yisrael for all must be absolute.

The Talmud Yerushalmi (Nedarim) makes an interesting observation regarding the mitzvah of “You shall not take revenge and you shall not bear a grudge.” It says: If someone accidentally cut his left hand with a knife he was holding in his right hand, would he grab the knife with his left hand and cut his right hand in revenge? Of course not!

The Jewish people are one unified body before Hashem. (That’s why R’ Akiva taught that loving our fellow man is a fundamental principle of Torah.) Taking revenge on another individual is like taking revenge on oneself.

The Maharam, the rosh yeshiva in Lublin, and R’ Shimon Zev Auerbach, the son-in-law of the Maharshal, once got into a disagreement about one of the commentaries of Tosafos. The Maharam explained it one way while R’ Shimon Auerbach explained it a different way.

When the arguments between the students of these two great personalities intensified, the leaders of the community decided to consult with R’ Shimon Abuhav, the chief rabbi of Amsterdam. Whoever was deemed correct would remain in his position while the other would leave.

R’ Shimon ruled that additional information was necessary to explain Tosafos. The leaders wanted to dismiss the Maharam, but R’ Shimon Auerbach opposed the idea. Ultimately, both of them were dismissed and Lublin was left without a rav or a rosh yeshiva.

The community’s leaders then asked the world-renowned Maharsha, the rav of Ostrov, to become their rabbi. The Maharsha notified the community of Lublin that he would give his first drasha as rav of Lublin on Shabbos – which he did.

“The question is also for me,” he continued. “Why did I leave Ostrov and come here?

“If you will allow me, I will give you the answer. I came because in all of Ostrov there are no two individuals who are as great in Torah as the two in Lublin, the Maharam and R’ Shimon Zev. They are gedolei hador, leaders of the generation! As the rabbi of Lublin, I decree that you reappoint the Maharam to his position as well as R’ Shimon Zev to his position.”

They were both immediately reappointed and peace reigned in the city.

The Maharasha had fulfilled the words in Avos D’Rebbi Nosson that a person should perceive the honor of his friend exactly as he perceives his own, and he should protect the honor and name of his friend just as he would want his own name and honor protected. 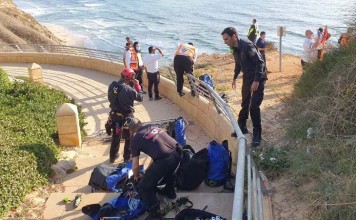