Rabbi Chizkiyahu Kerelenstein cites three more opinions that are offered to explain why Hashem did not reveal where Avraham was going.


R’ Baruch Ber writes that when one is commanded to be in shul, the mitzvah is to be at that location. It makes no difference how the person gets there – whether by plane, bicycle or boat – because they are just a means of arriving at his destination. However, when one is instructed to set out on a journey without knowing where he is heading, he is fulfilling the mitzvah by undertaking the trip, and he is therefore rewarded for each step he takes.

The Modzitzer Rebbe offers a different perspective. Imagine Avraham Avinu is seen taking all his belongings and preparing for a journey. If he can tell the people where Hashem commanded him to go, they will accept his departure. However, when Avraham answers that he doesn’t know where he is going, the people are perplexed. “How could you leave home, your friends, and relatives, without knowing your destination?” All he will be able to say is that he is doing what the Creator of the world commanded him to do. When they will ask who the Creator is, Avraham will respond in great detail. He will then be rewarded for every word that he speaks in an effort to foster emunah in Hashem.

The Steipler explains that when a person knows his destination, then as he comes closer the journey becomes easier, as he knows he has almost arrived. But when has no idea when his journey will end, it is more difficult, and he therefore merits reward for every step that he takes on this journey.

In analyzing Avraham Avinu’s challenge, one might think that if we were promised a reward for every step he took, we too would undertake a journey to the unknown. After all, Avraham was promised )Bereishis 12:2) that he would become a great nation, he would be blessed, and his name would be great. The Ohr HaChaim notes, though, that in truth the nisayon (test) was not that Avraham had to set out on a journey without any specific direction, or that the trip was arduous. Rather the primary challenge was to see whether Avraham would undertake this odyssey explicitly for the mitzvah without any thought for the rich reward that he had been promised. Avraham Avinu was a loyal ma’amin (believer) in Hashem, with unwavering faith in Him, and indeed Avraham was successful in achieving the objective.

HaRav Yechezkel Levenstein, the mashgiach of the Mir Yeshiva, has stated that the function of challenges in life is to turn darkness into light. If one surmounts his difficulties, his awareness of Hashem and his belief in His greatness is heightened. For it is specifically through these challenges that a person is spiritually elevated and can improve in his own avodas Hashem. He gains a personal sense of fulfillment and an understanding of what true happiness is. He is able to discern the ephemeral nature of this temporal world and achieves a state of purity. He will then be rewarded eternally.

The Rabbi Runs Away

R’ Naftali HaKohen Katz, the author of Semichas Chachamim, was a Torah genius and one of the leading rabbinic giants of the generation. The king maintained a close relationship with R’ Katz and often sought his counsel on important matters of the regime. R’ Katz was a distinguished-looking man, admired and well respected within the king’s court.

The queen, too, aware of his sagacity and attraction, was interested in spending time in his company and requested that he come to the palace to share his acumen with her. After a few minutes, though, R’ Katz realized that the queen’s intentions were less than honorable, and he immediately jumped up from his chair, began shouting in protest, and quickly left the palace.

The queen regretted her deceitful and indecent behavior and lack of respect for the rabbi. She sent one of her trusted guards to ask for his forgiveness, along with a huge sum of money which she offered as restitution.

R’ Katz graciously forgave her but refused to take any money from her, even though it would have been very helpful in expanding Torah study within the community. He explained: Neither honor nor money affected me in any way in avoiding an offensive misstep. The only reason I did not stray was because I am obligated to Hashem Who made us holy and commanded us to remain holy (Vayikra 19:2). I do not want one measure of reward in this world. 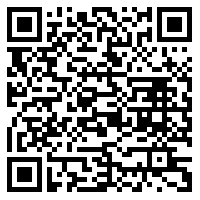