In this week’s parsha the Torah tells us about the complaints that some of the Yidden in the midbar had regarding the mon. The Gemara in Yoma 75a tells us that the mon was able to take the taste of whatever food one wished. However there were some exceptions. The Gemara says that the mon could not have tasted like avatichim (I believe this is translated as a gourd, but is commonly translated as a melon) and kishu’im (cucumbers), leek, onions, and garlic.

The pasuk says that the complaint that certain people raised on the heavenly food was that they reminiscing the “good life” in Metzrayim, where they ate free fish, kishu’im, avatichim, leek, onions, and garlic, all which they could no longer enjoy in the midbar.

According to the opinion that the mon only tasted like certain foods and did not actually change into any foods, if one desired the mon to taste like one of the five foods that it could not taste like it simply did not undergo any change in taste. In such a situation the mon would presumably taste like its natural taste, which the pasuk describes as a biscuit dipped in honey. (It is brought in the name of the Chafetz Chaim, that if one ate mon without having any thoughts at all, the mon was completely tasteless. This is because a person must always have some thoughts; if a person is acting without thinking then the mon reflected that.)

Rashi explains that the five above mentioned foods are harmful to pregnant and nursing women. This explanation is understandable according to the opinion that the mon would undergo an actual change; the reason why the mon did not become any of these five foods is because they are harmful for pregnant and nursing women. However, Rashi explains that this is the explanation for the opinion that the mon never actually underwent any physical change, only taste-wise, as well. If the mon would only taste like the five foods, what would be the harm? Why couldn’t the mon taste like any of these foods.

I would suggest that the reason why the mon could not even taste like these foods is this: if someone eats a food that has the flavor of a harmful food, it can harm him as well. The flavor of the mon was not artificial; the mon would now consist of the actual flavors from the desired food. Flavor of a food consist of certain parts of the food itself. Therefore the mon could not even take on the taste of the harmful foods.

There are several practical differences between the two opinions of the Gemara. The Gilyonei Hashas in Brachos 48b says that one difference would have been that if one would think that the mon should taste like matzah on Pesach, would he fulfill the mitzvah of eating matzah. 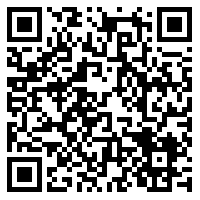