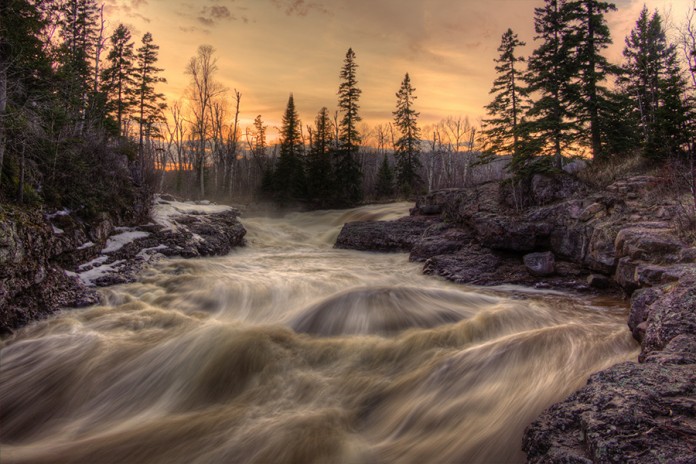 Rabbi Chaim ben Attar, known as the Ohr HaChaim (1696-1743), authored the commentary on the Torah and was a leading Torah giant. His work contains 42 explanations on the first verse of this week’s sedrah.

It is known that the Ohr HaChaim HaKadosh was in a state of self-imposed exile during a period in his life. As he wandered from place to place, he once reached the Sambatyon River. In rabbinic literature, it is said that the Ten Tribes were transported across this river by the king of Assyria. The Sambatyon has a fascinating reputation in that during the days of the week it is a raging boiling river hurling stones, making it humanly impossible to traverse. On Shabbos, although the waters are miraculously calm, it is forbidden to cross the river because it becomes extremely wide.

When the Ohr HaChaim HaKadosh, whose given name was R’ Chaim ben Attar, arrived at the river’s edge it was erev Shabbos, Parshat Bechukotai. He sat down to review the weekly reading, and as he studied with devotion, he arrived at 42 explanations for the above-cited pasuk. Afterwards, he arose, invoked one of the holy names of Hashem, and the waters split for him to cross over to the other side.

The people who lived there devoted their lives to the laws of the Torah, and when they saw the stranger arrive on shore, they suspected that he had crossed the river on Shabbos, as it was otherwise impassable. They therefore brought him immediately to the Rav, who ruled that they wait until motzoei Shabbos, at which time they would decide what to do with him.

After the Friday night seudah, the Rav addressed his followers. He told his audience that ten commentaries of the great and holy Gaon and sage, the Ohr HaChaim, had been revealed to him by Heaven, and he would share with them seven, as he had forgotten the other three. The “stranger” spoke up and said he could give the other three because he had heard them from Chaim ben Attar. The Rav was irate that the stranger had not accorded the proper honor to the Ohr HaChaim (whose name is usually glorified with “HaKadosh” or other honorifics) and admonished him severely.

The next morning, after Shacharis prayers, the Rav once again spoke. He said that ten more commentaries of the Ohr HaChaim HaKadosh had been revealed to him, but this time, too, he had forgotten three of them and he could only share with his audience seven of them. And, again, the stranger arose and said he could disclose the other three because he had heard them from Chaim ben Attar. The Rav was enraged this time and warned him that this would be the last time he would speak so disparagingly of such a holy person.

After Mincha, the Rav again wished to disclose ten more interpretations that had been revealed to him from Heaven, but he could only recall seven of them. And, again, the stranger offered to disclose the other three interpretations as he had heard them from Chaim ben Attar. This time the Rav ordered that the stranger be imprisoned and his fate would be decided immediately after Shabbos.

The Ohr HaChaim then taught him all 42 interpretations of the pasuk. The Rav was told to inform the Ohr HaChaim that his exile was ended, and he should return to Yerushalayim.

The Ohr HaChaim writes that when Hashem created Adam, He did not intend for him to live forever, because man’s mission is to ascend spiritually, like one climbs flights of stairs. Thus, it is every individual’s obligation to toil in Torah so that he can soar even higher than the angels. We learn that Eliyahu HaNavi rose heavenward in a storm, an accomplishment that is available to every member of the Jewish nation who toils and labors in the study of Torah.

Our Sages tell us (Shabbos 83b) that Torah only endures in a person who kills himself over Torah, meaning that only one who is ready to devote all his efforts to Torah can achieve high levels in Torah scholarship. The Sefer Seder HaYom expounds that this does not imply that one must suffer for Torah to the extent that it will cause his death. Rather, we learn that the fulfillment of the Torah will not be achieved by one who intently pursues the enjoyments and pleasures of this world, but only by one who “kills himself,” i.e., he has silenced all his drive and desire for possessions and excesses and only utilizes from the materialistic world that which is necessary to maintain his health and strength in the service of Hashem. The Chofetz Chaim writes, in fact, that one who is totally engaged in the indulgence of his personal desires is called “dead.”

The Talmud in Eruvin (21b-22a) interprets the words in Shir HaShirim (5:11), “… His locks are wavy, and black as a raven,” in a play on the Hebrew words. From the words “kevutzosav taltalim” we learn that from each stroke of the letters in the Torah it is possible to expound many laws. From the words “shechoros k’orev” we learn that the words of Torah are found in one who rises early in the morning (shachar) to learn and stays late in the evening (erev) to learn. The Zohar tells us that for those who exerts themselves in the study of Torah, it is as if they are personally standing on Har Sinai and receiving the Torah. 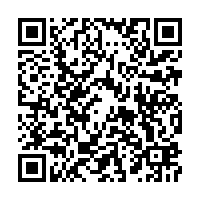