Last week we talked about the authorship of Aleinu. The complete story is: Its authorship is shared. The first paragraph was written by Yehoshua and the second paragraph was written by Achan, the villain who misappropriated the booty from the city of Yericho. It is for this reason that the second paragraph starts with the words, Al Kein N’kaveh, having the pneumonic of ayin chof nun, the name of its author.

I would like to speak with you today about the final stanza in the first paragraph which Yehoshua took from parshas Va’eschanan. V’yodata hayom v’hasheivosa el l’vovecha ki Hashem Hu HaElokim ba’shamayim mima-al v’al ha-aretz mitachas, ein od – And you should know today and place it in your heart that Hashem is the All-powerful in the Heaven above and the earth below and there is nothing else.”

I believe that Yehoshua, the conqueror of Eretz Yisrael, cleverly used this verse to point to his own miraculous experiences with Hashem’s Omnipotence. Thus, ‘in the Heaven above’ refers to the wondrous miracle of when the sun stood still during Yehoshua’s battle in Givon. And the phrase, ‘al ha-aretz mitachas,’ which translated means ‘from below the ground,’ depicts the fabulous miracle when Yehoshua conquered the city of Yericho.

As Yehoshua planned the military campaign against Yericho, the frontier stronghold of Eretz Yisrael, he was confronted by a daunting problem. The walls of Yericho, made of solid and impregnable stone, were as wide as they were high. How, wondered Yehoshua, would they be able to penetrate such a barricade? Even if they were to topple the wall, they would still remain as high and impassible. Hashem solved the problem when the walls miraculously simply sunk into the ground. Thus, Yehoshua alludes to this in the Aleinu when he quotes ‘al ha-aretz mitachas,’ that G-d is also evident even under the ground.

Yehoshua is a master at clever insertions. He also authored the second blessing of bentching, the bracha of Nodeh Lecha. When we bentch, one of the people we should have in mind to bless and to thank, besides Hashem of course, is our wife. She is the one who prepares our repast, cleans up after us, and creates the aura that makes the meal pleasant.

I believe that Yehoshua looked for a way to insert his wife’s name in the blessing that he constructed – and he succeeded, for we say in the second blessing, ‘Eretz chemdah, tovah, u’rechavah.’ Literally this means for the land of Israel which is desirable, good, and bountiful. But Yehoshua is also praising his wife Rachav, that she is ‘tovah Rachavah,’ the goodly Rachav. This is especially appropriate for the term tov, good, refers to one’s wife, as it says, ‘Matza isha matza tov – If you find a woman you find goodness. It also says, “Lo tov heyos ha-adam l’vado. E’eseh lo eizer k’negdo – It is not good for man to be alone. I will make him a helpmate,” which also refers to one’s wife.

Indeed, in the very beginning of bentching when we thank Hashem, “Hazon es ha’olom kulo b’tuvo – That He supports the whole world with His goodness,” when we say the word tov, besides having in mind bread, the staple of life, and light, which is called tov, and Torah which is good, we are also thanking Hashem for our wife who prepares our meals, who as we explained is also referred to as good.

Later in bentching when we say the supplication, ‘Harachaman, Hu yishlach lonu brachah merubah babayis hazeh – O Merciful One, please send abundant blessing to this house,’ we should have in mind that our wife should receive special blessings, for a wife is referred to as ‘our house,’ as we find in Megillas Esther that Queen Esther, who was Mordechai’s wife, was referred to as his ‘house.’ [For other pointers about bentching, you can order Rav Weiss’ Power Bentching below.]

In the merit of our bentching and Aleinu, may Hashem bless us with long life, good health, and everything wonderful. 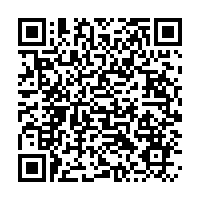