After leaving the ark, Noah becomes drunk and uncovers himself (Genesis 9:21). His children, having witnessed this act, react in different ways. Ham, together with his son, Canaan, appear to mock their father. In contrast, Shem and Yefet remain silent and modestly take a garment and cover their father’s nakedness (Genesis 9:22, 23).

Here the acts of Noah’s children teach us a lot as they present different responses to being disappointed by someone dear – whether it be a fellow human being or even God.


Consider our relationship with God. At times we become disillusioned with God’s ways. This may lead to doubting the Almighty. Sa’adia Gaon suggests that rather than allowing the doubt to destroy our belief in God, we should isolate the uncertainty and try to learn from it. But even if we can’t make peace with that point of doubt, we should continue to believe. The challenge is to step back and consider the larger picture. We may feel God has hurt us in certain ways, but when we pan back we are able to look and see how much God has given us.

Similarly in human relationships. When a friend disappoints us – and there is no friendship without disappointment – we can opt to allow that particular feeling to destroy the larger relationship or we can bracket the falling out and try to learn from it. But even if the issue that caused the tension is not resolved, we have it within our power to take into account that person’s goodness, realize that every one of us has certain flaws, and move on with the friendship.

So too in our narrative. After providing heroically for his family for the entire time of the flood, Noah fails – he becomes drunk. The reaction of Ham and Canaan was to allow this mistake to destroy their entire relationship with their father.

Not so with Shem and Yefet. No doubt their father had become drunk. But they did not focus in exclusively on that failure. They took into account their father’s whole personality. Hence, they cover up his nakedness, symbolizing their readiness to isolate the wrong and learn from it, even as they continue to love and respect their father.

Since we are not perfect, we cannot expect perfection from others. No relationship will be without some disappointment. As we tolerate our failings, so should we learn to tolerate the failings of others. Interestingly, one of the words for beloved – whether referring to God or another human being – is re’ah, from the word ra, which means “evil.” The test of a relationship is what happens when a disappointment sets in, when something ra occurs.

Shem and Yefet teach that in a genuine and deep relationship, one can acknowledge disappointment while at the same time not allow a falling out to sweepingly destroy the bond of friendship, commitment, growth, and love. 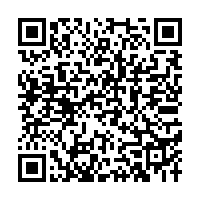