The fifth great Chabad leader, the Rebbe Rashab (1860-1920), called this week’s Torah portion, Lech Lecha, the “truly happy parsha” since “every day of the week we are living with our ancestor Avraham, the first person in history to dedicate his life to spreading knowledge of G-d in the world.”

Our Sages (Avos 5:3) tell us, “Our ancestor Avraham was tested with 10 tests, and he passed them all, indicating his great love [for Hashem].” In fact, the Rambam holds Avraham up as the model of someone who “serves [Hashem] out of love, practices Torah and mitzvos and walks in the path of wisdom, not for any reason in the world, not for fear of bad [happening to him] and not to gain any good, but does what is true because it is true.” The Rambam declares:


“This virtue is exceedingly great…and it is the superior virtue of our ancestor Avraham, whom G-d called ‘the one who loves me’ [Yishaya 41:8] because he served [G-d] only out of love. And this is the virtue G-d has commanded us [to attain]… ‘And you shall love G-d, your Lord, with all your heart and all your soul and all your might’” (Mishneh Torah, Hilchos Teshuva 10:2-3).

It is surprising, then, that after Avraham experienced great miracles in defeating the armies of the four kings that had taken his Lot, Hashem assured him, “Don’t be afraid, Avram, your reward is very great” (Bereishis 15:1). Rashi writes that this assurance was necessary because Avraham feared that the great miracles had exhausted all the reward he deserved for his previous good deeds. But if Avraham served Hashem “only out of love,” why did he care? Surely receiving reward meant nothing to him.

(When the Baal Shem Tov performed miracles to help Jews in distress, he was informed from Heaven that he would be punished as a result and lose his reward in the Hereafter. Upon hearing the news, the Baal Shem Tov rejoiced since henceforth he would be able to serve Hashem without any ulterior motive at all. Later, of course, his reward in the Hereafter was restored for other good deeds. But that was of little concern to him.)

The Rebbe answers by explaining that for a person who serves Hashem purely out of love, his reward is also part of his service: When others see that serving Hashem is rewarded with material abundance, G-d’s name is sanctified. It is a kiddush Hashem. In truth, a person who serves Hashem only out of love has no desire whatsoever to receive reward for his personal benefit. His great love for Hashem, though, prompts him to seek every possible way for Hashem’s Name to become more renowned and highly regarded among humankind. If that can be accomplished by receiving a reward, so be it.

So, Avraham was concerned about receiving reward for fulfilling G-d’s will since he wanted to attract others to serving Him and hopefully bringing up their children to serve Him as well. He had already drawn many people to G-d and His Torah as per Rashi’s comments (based on Targum Onkelos and the Midrash) on “the souls that [he and Sarah] had made in Charan” (Bereishis 12:5), and wanted to draw more. Avraham’s sole concern was the honor and sanctification of Hashem’s name in the world – as per his extraordinarily exalted level of Divine service.

The above passage from the Rambam implies that every one of us is capable of reaching this exalted level. Of course, human nature and our material existence lead us to act out of ulterior motives. But we have been given the Torah and its mitzvos to gradually aspire ever higher, even if we never reach that most exalted point.

May we all succeed in this virtuous aspiration, bringing ourselves and those around us to ever higher and higher spiritual levels, eventually bringing about the revelation of Moshiach. 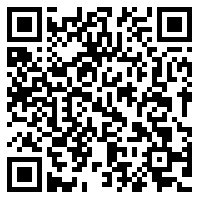