If my friend is gracious enough to give me a $20 bill as a present, my gratitude would appropriately be directed at him. But if I happen to find a $20 bill on the street, to whom should I direct my gratitude?

For those who aren’t particularly spiritual or religious, finding money on the street might engender positive emotions, but gratitude would likely be absent, as there is nobody to thank. For those who believe in G-d, however, such fortunate experiences lend themselves to gratitude toward G-d.

The fact that a religious individual has more opportunities to feel and express gratitude is one of the reasons Dr. David Rosmarin and his colleagues hypothesized, tested, and found that religious individuals reap the positive benefits associated with gratitude – such as increased well-being – more than others.

Let’s take the $20 bill example one step further. From a religious perspective, even if my friend gives me money, my gratitude to him will be supplemented with additional gratitude toward G-d since every benefit coming from a fellow human is also due to G-d’s providence and beneficence.

But whom should I thank first: my friend or G-d?

After Avram helped the five kings defeat the four kings, Malki-Tzedek, king of Shalem – who was also the “Priest of G-d Most High” – brought bread and water to Avram and his soldiers (Bereishit 14:18). As an expression of gratitude, Malki-Tzedek blessed Avram (ibid., 14:19), and then blessed G-d, “who has delivered your foes into your hand” (ibid., 14:20). The Gemara (Nedarim 32b) critiques Malki-Tzedek for not blessing G-d first. After all, one is supposed to bless the master before the servant. As a result of this error, G-d removed the privilege of priesthood from Malki-Tzedek and bestowed it upon Avram.

The Ibn Ezra, however, provides an alternative approach and suggests that Malki-Tzedek acted properly. First, he blessed Avram, acknowledging that he saved the captives, and only afterward did he bless Hashem, who aided Avram in his quest. Rabbi Soloveitchik adds a fascinating footnote. G-d, as it were, requires man’s assistance in revealing His presence in the world. Avram’s job was to spread G-d’s message in a world where He was obscured by idol worship. Thus, it was specifically through Avram’s success that G-d is blessed. The blessing of Avram thus also functioned as a blessing of G-d.

The message behind both explanations is important, which is that there is a purposefully blurred line between gratitude to others and gratitude to G-d. When others do us a kindness, we should not limit our gratitude to them. We must expand our gratitude to G-d as well. The person doing the chesed is acting as an emissary of G-d, making His name great and revealed in this world. In addition, we must acknowledge that it is G-d’s providence that allowed for the kindness to happen.

By transforming all our interpersonal gratitude experiences so that they incorporate a Divine element, may we merit additional spiritual and psychological well-being, above and beyond what is generally associated with being grateful people. 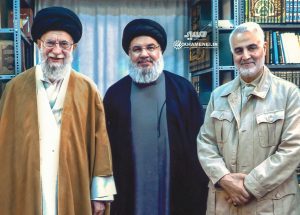 Hebzollah Chief: “Kill Every American Soldier in the Middle East” 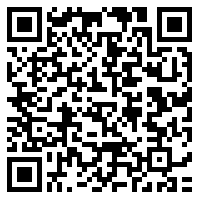