For the next few weeks the Torah portions we read are filled with descriptions and dimensions of the Mishkan, its vessels and the priestly vestments. Many of us can conjure up images in our mind of these items because we have seen physical recreations or pictures of them in one of the “Mishkan books.” Artists and authors render the words of the Torah into images and construct models based upon the instructions in the Torah. We all see this process as logical and straightforward; a bit more complex than putting together a Lego set or furniture from Ikea, but it is a process with which we are familiar.

But what of all the other instructions presented in the Torah? Where is the picture book of the world G-d wants us to create and to which He has given us all of the dimensions? The idea I suggest and that few would debate is that all of the commandments in the Torah are instructions to build a world to G-d’s specifications. Just as the Mishkan has a set of directions so it can be built, so does our world. Each mitzvah is an instruction on how we must act and what we are to become as a result of performing it.

For 30 years I have noted the particular focus we have placed on how to perform mitzvot. The computer age has only intensified this focus, and, as a result, “Halachic Technicians” abound! But we must begin to ask why? What is the reason for a mitzvah and which G-dly trait does it sharpen and enhance within me? We can look closer and closer for bugs and microbes or we can step back and consider why we are doing these things.

Many think of the mitzvah of Shiluach HaKan as strange or arcane. Yet, when we step back and consider why it is given, it becomes radiantly clear. That mother birds care for their young is axiomatic! We have all seen mother birds feed their young and guide them in learning how to fly. Because of the ferocity with which a mother guards her young, the Torah employs the metaphor of an eagle protecting her young for G-d’s protection of the Jews.

The idea behind sending the mother bird away is to spare her the angst of seeing her babies taken. By one yeshiva boy after another performing the mitzvah, the mother bird goes through sustained agitation, worry and devastation. Each time she comes back she is sent away, increasing her torment. If nothing proves the folly of not understanding a mitzvah, it is that since humans have touched the eggs, the mother may no longer tend to them, causing her the ultimate anguish. The idea behind this mitzvah and numerous others in the Torah concerning animals is to instill within us kindness, gentleness and consideration towards all of G-d’s creations. But, because we have not deeply considered “why,” we completely miss the mark and actually cause damage by trying to perform the mitzvah. From helping an overburdened donkey to covering a slaughtered animal’s blood and allowing a young animal at least seven days to be with its mother before slaughter (and other laws pertaining to animals), the Torah paints a picture of a world in which animals are treated gently and abuse of them is not tolerated. How must we feel when we see animals? How must we feel for them? 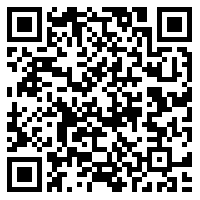