Former president, prime minister and minister Shimon Peres who has seemingly met, embraced and double-kissed every celebrity on the planet at least once, will complete his considerable record by meeting Supermodel Naomi Campbell when both of them will attend the Women Leading Change conference at the Peres Center for Peace in Tel Aviv next Tuesday. Former CNN talk-show host Larry King, who has led change with eight different wives so far, will also attend.

Peres invited Campbell personally, and this will be her first visit to Israel, unless Roger Waters gets to her between now and next Tuesday. Indeed, the supermodel’s visit is an event in Israel for two reasons: one, that such a lovely creature will grace the streets of Tel Aviv; and, two, that she’ll be doing it despite the relentless efforts of the movement to boycott Israel and keep the Jewish State bereft of international supermodels. Incidentally, the last such gorgeous creature to visit, Israeli-born Bar Refaeli, was promptly hauled to police interrogation on suspicion of tax evasion, don’t ask.


“Campbell has long wished to visit Israel, particularly after learning about the important work of the Ninth President Shimon Peres in promoting peace and advancing women in society,” the center said in a press release.

During the conference, which marks International Women’s Day, Peres will present Campbell with the “Women Leading Change” award in honor of her important work for women and communities in need across the world.

Campbell is involved with several charitable causes, including the Nelson Mandela Children’s Fund, and Breakthrough Breast Cancer. In 2005, Campbell founded the charity We Love Brazil, which aims to raise awareness and funds to fight poverty in Brazil through the sale of fabrics made by local women. Also in 2005, Campbell founded the charity Fashion for Relief, which organized fund-raising fashion shows to benefit victims of Hurricane Katrina, the India terrorist attacks in 2009, the Haiti earthquake in 2010, and the Japan earthquake in 2011. Since 2007, Campbell has been the honorary president of Athla Onlus, an Italian organization that works to further the social integration of young people with learning disabilities. In 2009, Campbell became a goodwill ambassador for the White Ribbon Alliance for Safe Motherhood, promoting women’s maternal health.

A group of 100 Israeli and Arab schoolchildren taking part in the Peres Center’s Girls’ Twinned Peace Sports Schools program will be on hand to welcome Campbell and present her with a personalized soccer jersey.

Among the some 200 women expected to attend the conference are businesswoman Ofra Strauss, founder of the Haredi College, Rabbi Ovadia Yosef’s daughter Adina Bar Shalom, and Nadia Kinani, Principal of Hand in Hand, a bilingual school for Jewish and Arab children in Jerusalem. 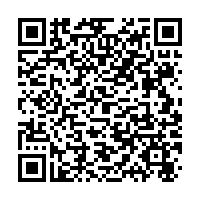