Do we realize how important our own personal Torah study is? I would venture that deep down, we think that only the Talmud Torah of gedolim is really valuable, and that of the average Jew is just okay. But this is most definitely not the case.

There is a very famous verse at the end of our haftarah which shows us that each and every Jew is vital for G-d’s plans for the world.

“Atem eiday! You are My witnesses, says Hashem, and My servants that I have chosen” (Yeshaya 43:10).

All Jews need to bear testimony to the truth of G-d’s existence and of His Torah. Every Jew is required to try to influence the world in a positive way.

There is an amazing source regarding the subject of the keser Torah, the crown of Torah.

The mishna (Avos 4:17) states that there is a spiritual status called keser Torah. When someone is said to have the crown of Torah, this means that he lives his life with Torah as his only true focus. Rav Eliyahu Steinhardt points out that Rabbeinu Yona says that everyone, mikol ba’ei olam, from anywhere in the world, can reach the level of keser Torah. That sounds like even non-Jews who keep the seven mitzvos of bnei Noach. There is plenty of Torah to learn within the seven mitzvos that is applicable to non-Jews and Rabeinu Yona says that through it a ben Noach can reach the level of keser Torah.

Enhancing this idea is the Baal Haturim commenting on the Aseres HaDibros (Shemos 20:13). He points out that there are a total of 620 letters in the Aseres HaDibros corresponding to the 613 mitzvos and the seven mitzvos for bnei Noach, non-Jews. This seems to indicate that just as the Torah was given to Klal Yisrael at Sinai, so too the bnei Noach received their seven mitzvos at Sinai as well. Shavuos is not only the anniversary of the giving of the Torah to Klal Yisrael, it is also the anniversary of the giving of the sheva mitzvos bnei Noach to the nations of the world.

Although this may seem a bit surprising at first, it is not radical at all, as the Rambam writes (Hilchos Melachim 8:11): “Anyone who accepts upon himself the fulfillment of these seven mitzvos and is fixed in their observance is considered one of ‘the pious among the gentiles’ and will merit a share in the world to come. This applies only when he accepts them and fulfills them because Hashem Yisbarach commanded them in the Torah and informed us of them through Moshe Rabbeinu (that Noach’s descendants had been commanded to fulfill them previously). However, if he fulfills them due to his intellect, he is not considered a resident alien (ger toshav, who is permitted to live in Eretz Yisrael), nor of ‘the pious among the gentiles,’ nor of their wise men (some texts read: but ‘rather of their wise men’).”

This is interesting in and of itself, but then the Baal Haturim brings the following remez, allusion. Keser in gematria is 620, which is the number of letters in the Aseres HaDibros. This almost states explicitly that both Yisrael and ben Noach can attain the level of keser Torah, since both mitzvah obligations together equal 620.

Rav Shraga Neuberger, in the name of Rav Aharon Kotler, offered the following vivid depiction to show just how significant and chashuv our Talmud Torah is in the Ribbono Shel Olam’s eyes. 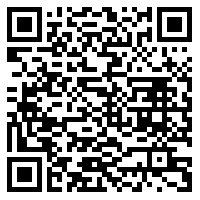