I’ve often written and said that we are living in remarkable but dangerous times in which we can hear (provided we know how to listen) the footsteps of the Messiah. Ours, however, is a generation that has difficulty hearing.

We are saturated with constant noise, not only from rapidly developing world events but also from our own tumultuous, seductive lifestyles – lifestyles that are conducive to self-absorption and deafness.


You might, of course, wonder at the appropriateness of the word “deafness.” Isn’t that a bit extreme? Actually, if there were a stronger expression, I would resort to that. Yes, our generation has become deaf – no matter how thunderous the call of Hashem.

But still you might ask, Is our generation really so much different from those that preceded us? To be sure, in every generation we’ve had problems hearing that “still small voice” that comes in many shapes and forms. But in our generation that blockage has become even more acute. There are so many sounds that divert us from hearing.

Nowadays, it is rare to see anyone take even a moment to think. There was a time when people took walks for contemplation or secluded themselves to review their lives. Today, this hardly (if ever) occurs. Today, when you see people walking in the street they are almost always involved in some activity, be it talking on their cell phones, text messaging, scrolling through e-mail on their Blackberry, or listening to their iPod. And should they steal some moments to seclude themselves, there are other diversions vying for their attention – the Internet, TV, video games, etc.

In the interim, time relentlessly passes – and with every moment events unfold that we neither hear nor see. Not only have we lost our ability to hear, we have lost our ability to talk, to hold a conversation. People communicate through e-mail, texting or Twitter. This has become so prevalent that children no longer speak with parents, couples no longer speak with each other. They find it much easier to text or resort to other technological means of communication, because by doing so they don’t have to hear a response, another voice that might question or negate their message. Nor are they obliged to hear expressions of love that might make them feel guilty or indebted.

Regardless of our reaction (or non-reaction), the messages continue and the sounds become louder, demanding a response. But how can we respond if we no longer know how to hear? Deaf, dumb, and blind, we continue to march on to the sound of our own music and congratulate ourselves on our open-mindedness and ready acceptance of all lifestyles.

So it is that we never learn. Even the most world-shaking events go unheeded. Neither the Holocaust nor the rebirth of Israel after two thousand years of exile has made us stop and rethink our lives.

I could go through a number of other examples, but I’ll skip to 9/11 – a tragedy that spoke thunderously to everyone in our country. Remarkably, even then we continued to remain deaf, and chose to view its message through a politically correct lens.

We have become so inured that we see nothing unusual in the constant escalation of natural disasters – tsunamis, floods, tornados, earthquakes, nuclear spills, etc. Nor do we see anything remarkable about dead birds falling from the skies or dead fish washing ashore in uncountable numbers. Nor did we wake up when financial disaster overtook us. Overnight, we witnessed the collapse of giant corporations and industries, the meltdown of Wall Street and the devaluation of the dollar, which we once believed to be invincible.

Our inability to hear rendered us deaf and blind to the messages behind the toppling of powerful governments that for years were controlled by dictators who ruled with iron fists. We delude ourselves into believing that what we are witnessing is the dawn of freedom, peace and democracy in the dark world of the Middle East. We refuse to consider that the mobs are the precursors of even more tyrannical dictatorships.

Look at Egypt. In our blindness and deafness we refused to pay heed to the heinous shouts of “Jew! Jew” as CBS correspondent Lara Logan was barbarously attacked by the mob in the streets (though Logan is in fact not a Jew).

Nor has the world paid heed to the destruction of churches and the killing of Christians. Yes, all this is unfolding in the “new”Egypt, as the world responds with a deafening silence. Why? We dismiss that question as well. We have our own problems. We can’t really get involved in world events. It won’t help anyway, so the call continues to be sounded and we continue to remain blind, dumb and deaf. 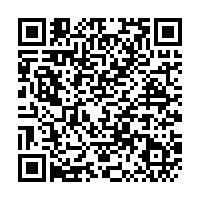