Last week I shared a letter from a troubled mother. Her story is typical of many ba’al teshuvah families who discover the Torah way of life in their middle years only to encounter resentment on the part of their adolescent children. Very often these teenagers become angry at the new restrictions in their home.

The story of our letter-writer began when she and her husband went on their first visit to Israel. They were deeply affected, especially when they prayed at the Wall. It was at the Wall that they met a rabbi who invited them for a Shabbos meal, and that was the beginning of their “journey.” They returned home inspired and determined to live a Torah way of life.


Their resolve, however was frustrated by the rebellion of their teenage son. They subsequently had two little girls whom they nurtured on the milk of Torah. In the interim the problem with their son, Benny, became more and more acute. Spitefully he would desecrate Shabbos, eat treif and in general disregard our Torah. Instead of the serene home the couple had hoped to build, turmoil and anger reigned. The two little girls were embarrassed to bring their friends home. Worse still, they became confused and troubled.

The following is my reply:

For whatever good this will serve, you should know you are not the only ones in this boat. I’m not just referring to ba’al teshuvah families but to families who have always been observant – families who discover to their horror that their sons and daughters are becoming rebellious despite years of yeshiva education.

In a way, the plight of those parents is even more painful than yours – they thought they were doing everything right only to discover that the formula didn’t work. (Please don’t think I’m minimizing your suffering, but just consider the shame such parents feel in their shul and among friends and neighbors.)

Time and again I have pointed out that everything I teach, write or counsel is based on the wisdom of our Torah. I take the responsibility of giving advice very seriously. I don’t like to play games with people’s lives so I always search the Torah for an answer. You ask if you should send Benny to your sister’s house. You also write that your sister is not only secular but views our Torah way of life with disdain. Additionally, there is another problem in your sister’s home – the inclination of her eldest son to drink and party late into the night. Your son would love to move in with his aunt and, his doing so would resolve the constant tension and bickering in your home. So what should you do?

Our forefather Jacob was also confronted by this dilemma. His firstborn son, Reuben, acted inappropriately. Despite his anguish, Jacob decided to admonish his son only at the end of his life when he was on his deathbed. Why did Jacob wait so long? He feared that if he spoke critically to his son, he would abandon his father’s home and take up residence with his Uncle Esau and be totally lost.

These are the same fears parents have today. Should you send your son to live with your sister? He will be influenced by his aunt – and his uncle and cousins. “Uncle Esau” comes in many guises and can be found in many places – on the street, in college, and among friends, family members and co-workers. The very air in our society is polluted with noxious fumes of immorality, decadence and corruption.

Parents cannot badger young adults into compliance. They can ill afford to come down too hard on them. If discipline is to be effective it must be administered at a young age, when children are still pliable and their character traits have not yet been fixed. Unfortunately, in our society just the opposite holds true. When our children are small we indulge their impudence and regard them as cute and clever. When they become older and rebellious, we wonder how they ever got that way. In your case this dilemma is double-fold because when your Benny was young you lived a totally secular lifestyle. The Torah way of life was never in his heart or mind, so you cannot anticipate that a flash of light will make him see that which you wish him to see. 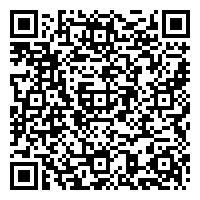