Three men who accosted a French Jewish teenager in a suburban Paris subway said they would do to him “what Mohammed Merah did.”

According to a report on the incident by the National Bureau of Vigilance against Anti-Semitism, a non-governmental organization known locally by the French acronym BNVCA, the 17-year-old Kippa-clad male was threatened in the southern Paris suburb of Vitry-Sur-Seine on March 3 by three black men who asked him “why Israel was doing this to the Palestinians.”


The report said the men also told the teen, identified by the initials J.C., that Mohammed Merah, the 23-year-old Islamist who last year killed four Jews at a school in Toulouse, “was right to do what he did.” They added, “Now we’re going to do what Merah did. We will kill all of you Jews, one day we will kill a Jew.”

A witness corroborated the exchange to BNVCA, the watchdog group said. The presence of the witness may have prevented a physical attack on the teen, the organization added in a report on the incident. 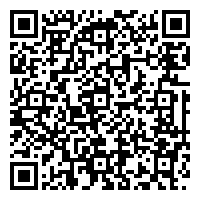