Comes the news [reported at the JewishPress.com -ed.] that Frederick Cohn, the Jewish defense lawyer for Abdel Hameed Shehadeh, asked Brooklyn-based federal judge Eric Vitaliano to exclude Jews from the jury. Shehadeh is charged with three counts of making false statements in connection with his attempts to join jihadis in Pakistan. “Your Honor” Cohn explained in February,

I’m not wild about having Jews on the jury in this case. Given that there’s going to be inflammatory testimony about Jews and Zionism, I think it would be hard for Jews to cast aside any innate antipathy. The American Jewish community is heavily aligned with Israel and Zionism.


This news brings to mind the London trial, almost exactly a decade ago, of Abdullah el-Faisal, when the defense successfully excluded Jews and Hindus from a trial jury. Carla T. Main explained at the time in the National Review what happened:

In a bizarre judicial move that has largely slipped under the radar screen in the United States, England’s Central Criminal Court, known as the Old Bailey, several weeks ago banned Jews and Hindus (and anyone married to one) from serving on the jury in a trial of Abdullah el-Faisal. The Muslim cleric had been running around England writing, recording, and speaking about his hatred of Americans, Jews, and Hindus, and waxing poetic about Osama bin Laden. He was tried and convicted of soliciting the murder of nonbelievers (read: Americans, Jews, and Hindus) and using threatening words to stir up racial hatred.

It may be difficult for Americans to appreciate just how unusual this act of juror cherry picking was in England, steeped as we are in the high drama that jury selection has become in the United States. But it is worth bearing in mind that in England there is no such thing as jury selection. Jurors are pulled from the pool at random, lottery-style.

At the behest of the defense, the court took steps that the defense itself was unable to take to eliminate from the jury panel those whom he feared — without a wit of evidence — might not be impartial. The judge reportedly announced, “For obvious reasons, members of the jury of the Jewish or Hindu faith should reveal themselves, even if they are married to Jewish or Hindu women, because they are not fit to arbitrate in this case.”

Comments: (1) As ever, Muslims raise startling new issues and Islam drives the social and legal agenda in the West. (2) Has anyone else noticed the propensity of Islamists defendants to hire Jewish lawyers? (3) Are the el-Faisal and Shehadeh one-off aberrations or the start of an ominous trend? Only time will tell. 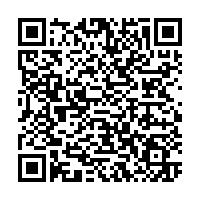