I have been a reader for many years. I realize that lately you have been focusing on very serious subjects that pertain to the very life of our people, so I do not know whether you will publish my letter, which deals with family problems. I hope, however, that you will do so, not because it will change my family situation – it is too late for that – on the chance that others might learn from it.


I am a woman in my early fifties. Baruch Hashem, I have been blessed with a beautiful family – four children who, thank G-d, are all married. My only regret is that none of them lives in New York, and I therefore see them on rare occasions.

Last year my daughter, who lives in Montreal, called to tell me she was planning to come for Sukkos. Baruch Hashem, she has four wonderful children, and I was looking forward to seeing them.

Them I received an unexpected call from my son and daughter-in-law who live in Philadelphia. They informed me that they planned to come for Sukkos with their five children. Once again I was overjoyed, although in the back of my mind I was wondering how I would accommodate everyone. I have a modest house and, frankly, do not have room for so many guests, but I was happy they were coming and felt that somehow we would manage. After all, weren’t we one happy mishpacha?

The reason I said the call from my son and daughter-in-law was unexpected is that in past years my machatunim (my son’s in-laws) would take the entire family to Yerushalayim for Sukkos. However, my mechiten had some serious business reversals and he could no longer afford to take everyone. So for the first time in many years my son and daughter-in-law were coming to me and I looked forward to seeing them.

I cooked and baked as much as I could in advance, and bought some air mattresses to make room for all of the grandchildren. Thus armed, I thought I was ready. Never did I anticipate what awaited me.

I don’t mind working and having guests, especially if these guests are my own children and grandchildren. What could be better?

My son and daughter-in-law arrived with five little ones and my daughter came with four. My house was humming with the happy sounds of children, but soon those sounds became a huge challenge.

Despite all my earlier preparations, I never got out of the kitchen. I went from one seudah to the next. I tried to focus on the naches of having all of my children at my table, but I soon discovered that my daughter-in-law (whom I had always regarded as a very sweet girl) somehow thought she was a guest at the hotel in Yerushalayim – that”someone”would always clean up after her, serve her, and baby-sit for her while she went off to visit old friends in the neighborhood.

That “someone” was, of course, me – as well as my daughter, who had more than enough to cope with having her own four little ones. I am certain you can imagine the crying, the fighting (children will be children), the sheer bedlam in the house.

My elderly parents, who live in the neighborhood, came to see their great-grandchildren but left very quickly. They just couldn’t handle it. My husband, who is a wonderful man, couldn’t deal with it either, so he went upstairs to our room, closed the door, and went to sleep. Meanwhile, I tried to juggle it all while my daughter-in-law went visiting.

I’m certain you will appreciate what I had to contend with. No sooner did I put the house in order than there was a new trail of crumbs, smashed cookies and sticky candies on the floor. I had bought some lollipops, but even that was a problem: if one of the children chose a certain color, they all had to have the same, and that resulted in more crying and fighting.

Then there were the dirty diapers that were improperly disposed of; the couch in the den was so stained it had to be re-upholstered. And my new coffee table was all scratched up. My housekeeper was ready to walk out and my own nerves were frazzled, but I nevertheless tried to keep my cool.

My daughter, however, lost it and told my daughter-in-law that she had some chutzpah.

“How,” she asked, “could you imagine it was all right to leave all your children with Mommy while you went on your merry way? How could you have left Mommy with all that mess? Don’t you think you should clean it up?”

In short, they had a very unpleasant confrontation that resulted in the two girls not talking to each other. My daughter-in-law wanted to go home for the second days and I had all to do to mollify her. My son also got involved and of course took his wife’s side, telling his sister off.

What can I say, Rebbetzin? It was a great struggle for me to make peace between them. In the end they made up, but there was much tension in the house which lingers to this day. I decided to write to you so that other families might learn from my experience.

I was also hoping you would bring some clarity to this mess and make some recommendations that could prevent such a situation from occurring in other families’ lives. I regret having to relate such an unpleasant story, but, sadly, this is the reality. 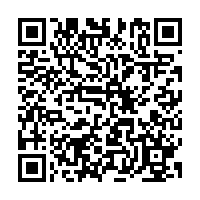