I was planning to write this column on Gemilas Chassadim several weeks ago, but events unfolded that, with the passage of time, would have lost their immediacy, so this article was put on hold. But I guess it’s no coincidence that I am writing this column in the wake of Parshas Vaera and the yahrzeit of my beloved husband, HaRav Meshulem Halevi Jungreis, zt”l, for both the parshah and the exemplary life of my husband, provide us with insights on gemilas chassadim.

Our sages teach us, that even as we went forth from Egypt, so shall our final Redemption be. That lesson is of special significance to us since we are the generation that has been destined to experience the tribulations preceding the coming of Messiah, but if we emulate our forebears, we can evoke mercy from Above and be zocheh to Geulah Shelaimah – Redemption, speedily in our day.


When Hashem informed Moshe Rabbeinu that the long-awaited time of our redemption had come, He did so by stating, “Gam Ani shamati…. I also heard the cry of the Jewish people” (Exodus, 6:5).

Our sages are puzzled by the expression, “I also heard.” “Who else would have heard?” they asked. In order to appreciate the answer, let us examine our 21st Century values and mores.

In our culture, if a man has a problem, it is understood and accepted that he cannot get involved in someone else’s difficulties. After all he has his own burdens to carry. So, if a man lost his job and has been out of work for the past year, you can hardly expect him to help. After all, he has his own tzarros, and this sort of reasoning holds true in every area, be it illness, shidduchim, etc. But is this rationale in consonance with our Torah way of life?

My dearly revered father, HaRav HaGaon Avraham HaLevi Jungreis, zt”l, would often say that our difficulties, problems, and sorrows should make us more sympathetic to the pain of our brethren. Instead of shutting down in times of stress, we should open up, reach out with more empathy, kindness and love for who, if not we, who have been tested by pain, should understand others who are in pain.

After Moshe Rabbeinu called upon Pharaoh to let our people go the Egyptian dictator went into a rage. “Obviously,” he ranted, “if these Jewish slaves can think about freedom, they have too much time on their hands. I will increase their workload. Henceforth, not only will they have to fill their regular quota, but they will have to produce their own raw materials to make their own bricks” – a humanly impossible task.

As a result our brethren’s agony intensified. If they failed to deliver their quota, they suffered beatings from the whips of their Egyptian taskmasters, and most terrifying of all, their children were substituted for the bricks and were actually bricked into the walls by the barbaric Egyptians. The agony and torment that each person suffered defied comprehension, and yet, when a Jew cried out, “I can’t take it anymore! I can’t go on!” the other, who was equally tortured, rushed to his aid and said, “Hang in there, my brother. Let me help you.”

When Hashem heard this, He proclaimed, “Gam Ani shamati – I also heard!” When one Jew hears the cry of his brother, even though he is consumed by his own pain, G-d also hears, for that is a true indication of chesed.

My husband, whose yahrzeit we commemorated this week, was such a person. “He also heard.” His chesed was woven into his character traits. I could share a thousand and one stories with you, all reflective of his phenomenal loving-kindness, but I will confine myself to just some of the events that transpired during his last, torturous days in the hospital.

My husband, Baruch Hashem, had always been, in good health. Then, as if from nowhere, tragedy struck. We had six nightmarish weeks at Sloan-Kettering, during which time he underwent several surgical procedures, the last of which left his stomach an open wound. His pain was beyond description, and yet, he never forgot the suffering of others. Slowly and painfully, attached to a trolley with IVs and drip bags, he made his way down the corridors of Sloan to give a brachah, chizuk- strength, and faith to his fellow patients on the floor.

One of these patients, an observant Jew with a large family, had had his legs amputated. My husband wept and davened for him and he asked me to organize some help for the family.

There was another patient on the floor, a Jew by the name of Philip, who had renounced his faith to become a Buddhist. My husband could not bear the thought of a Yiddisheh neshamah being lost, and as difficult as it was for him, he sought him out.

What is your Jewish name?” my husband asked in his sweet gentle voice.

“I’m not Jewish,” he answered. “I gave up Judaism some years ago, when I became a Buddhist.”

“I don’t remember,” he replied, his voice tinged with annoyance.

“Do you remember your Bubbie? …. What did she call you? ” my husband asked.

At the mention of his Bubbie, tears gathered in his eyes and in a choked voice, he whispered, “Feivel.”

My husband reached out to put his arms around him – no easy feat when you are attached to IVs.

“Feivel,” he repeated, “how can a Feivel be a Buddhist?”

And that’s how the friendship between my husband and Feivel commenced, and that’s how Feivel embarked upon his journey home to his faith.

Feivel was a veteran of many surgical procedures. Then one day he received the news that the doctors had exhausted all their resources. There was nothing further that they could do, and he would now have to be transferred to a hospice. The news hit Feivel hard, and when my husband heard about it, he broke down and wept. Although his own condition was rapidly deteriorating, with agonizing difficulty with my grandson Yosef Dov and a nurse at his side, he once again made his way to Feivel’s room.

My husband asked Yosef Dov to go back and see if I was okay and if any visitors had come. Yosef Dov didn’t want to leave him, but he quickly realized that his Abba Zeide wanted to speak to Feivel alone. (Abba-Zeide was the loving name by which our grandchildren referred to my husband).

From the doorway, Yosef Dov saw Feivel crying on his Abba Zeide’s shoulder, while his Abba Zeide hugged, comforted and prayed with him. As Yosef Dov watched, he had difficulty holding back his tears.

Only a man like Abba Zeide could comfort someone else in the midst of his own suffering,” Yosef Dov later told me. “Abba Zeide taught me that no matter how difficult or unbearable our personal situation might be, we must always remain sensitive to the needs of others and feel for them.” And then he added, “It occurred to me that if I hadn’t been there, none of us would have known this story, and who knows how many more stories there are about Abba Zeide that we will never know.”

How right Yosef Dov was! The stories about my husband are legion. Until the very last moment of his life, he felt the pain of every person. And more – with his very last ounce of strength, he continued to serve Hashem. It was in my husband’s merit that, before he died, Philip reclaimed his Jewish heritage and was able to return his Yiddisheh neshamah to his Creator in faith and sanctity. Neither my husband’s hospital bed, nor his wounds, his IV or his constant pain, could inhibit him from reaching out to his brethren and fulfilling G-d’s Will.

What was my husband’s secret? His neshamah was saturated with chesed…. He was truly an embodiment of “Gam Ani shamati – I also heard.”

As I said, I could have related many stories about my husband, but I chose to focus on his last days at Sloan, for if anyone had a legitimate excuse to say, “I have my own pain, my own suffering, to deal with,” it was surely he. And yet, he transcended his personal situation so that he might help another. May my husband’s holy neshamah be a melitz yosher – a mighty supplicant for all of us.

In these very difficult days that our people are confronting throughout the world, especially in Eretz Yisrael, we must do no less than what our ancestors did in Egypt, and what my husband did in his own life. We must sensitize ourselves to hear the silent cry of another’s heart, and if we can learn to do that, then Hashem shall surely proclaim, “Gam Ani shamati – I have also heard!” And that is the meaning of La’asok b’Gemilas Chassadim.

May we behold our redemption soon in our own day. 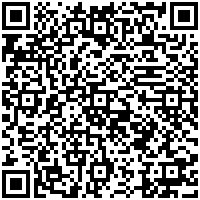