Home InDepth Columns Benefit For The Museum Of Jewish History In Poland
Share on Facebook
Tweet on Twitter
On January 14 the North American Council for the Museum of the History of Polish Jews held an evening of theater in support of the Museum. Broadway veterans Marian Seldes and Joan Copeland were the headliners among the actors who recently performed three special plays related to moral dilemmas in the Holocaust. The performances were presented by Susan Charlotte and Cause Célèbre – an organization that produces theater programs to benefit worthy causes.

Mr. Sigmund A. Rolat and Joan Copeland, at the Benefit for the Museum.

The evening’s theatrical event was a grouping of three short plays. The first, starring Marian Seldes and Kent Broadhurst and directed by Christopher Hart, was Berthold Brecht’s short play, “The Jewish Wife.” It is about a woman who flees to Amsterdam because her existence endangers her Nazi husband.

The second short play written by Susan Charlotte and directed by Anthony Marsellis was “Past-Perfect,” a word play on grammar that quickly morphs into the story of a man forced by his own son to face his father’s complicity in the Holocaust. The short presentation starred Gayton Scott, Kevin Stapleton, Kent Broadhurst and Michael Citriniti.

Last, was “The Performance,” written by the late Arthur Miller and read by his sister, the renowned Joan Copeland. As she read the story of a tap dancer who danced for Hitler, y”s, Anita Flanigan, dressed as the main character, danced in the background. The performance was directed by Susan Charlotte.

Cause Célèbre was founded to foster enhanced understanding of psychological, physical and social issues through theatre. Each of the three plays performed at the museum benefit was, in one way or another, a comment on the lack of moral clarity in those who were confronted with situations that were unavoidable, but required making hard choices. The goal, said Charlotte, was to make people think.

The museum being built in Warsaw, Poland will concentrate on the complete history of Polish Jewry. It has been said that when a person thinks of the old shtetl it invariably happens in Poland but when the same person thinks of Jewish-Polish relations they automatically think of the Shoah and anti-Semitism. The museum shows how the Jewish population lived, and even flourished, in Poland while not ignoring the facts of the Shoah or even the rebirth of recent years.

Chairman of the North American Council for the Museum, Mr. Sigmund Rolat, said, “While it is important to know about the horror perpetrated by the Nazis in Poland, it is even more important to learn about the millennium of Jewish achievement in Poland. The places of birth and the landscape of the great Polish Jews and their fascinating history are much more interesting than the German death camps, especially for the young Jews interested in their positive past and for Polish people who need to understand how their nation came to be and the Jewish contributions to it.”

Also present were Masha Leon of “The Forward,” Lea Wolinetz, Executive Director of the Czestochowa Society, artist Fay Grajower and prize-winning author, Sara L. Rosen (Prisoner of Memory). Museum board member Sylvia Safer and NAC treasurer Michael Berkowicz (and his wife Bonnie) were there as hosts. Mr. Berkowicz presented the museum’s mission statement to the audience before the performances began. 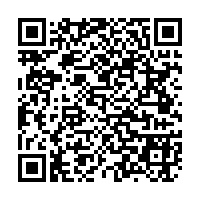