In my last column I published a letter from a woman whose husband, like many others, was experiencing financial reversals. While in the past they had been prosperous, overnight everything changed. She was concerned for her husband’s health since he has a history of high blood pressure and heart problems. He had become tense, irritable and depressed. She conceded that she herself was in the same emotional state – and her mood was impacting on her children.

She wrote that she and her husband support their married daughter, son-in-law and two small children in Jerusalem, where he is learning. While this never presented difficulties, it has now become problematic. She doesn’t know how to break the news to them. Additionally, she has a 19-year old daughter who is in the shidduch parshah and is also hoping for a husband who will be learning. “How can I tell my daughter,” she asked, “that we won’t be able to do for her what we did for her sister?”

The writer of the letter then went on to detail many other problems, including the high cost of tuition and camp fees for her other children. She also mentioned Purim coming up and the expenses that she has incurred in the past sending Mishloach Manos to relatives, friends, shul members, business associates, and her children’s rebbis and teachers. To sum it up, she felt devastated and panicked at the challenges looming ahead and wondered how she would cope. The following is my reply.

Undoubtedly, these are difficult times. To one extent or another, the financial meltdown has impacted on all of us. Almost every week at our Hineni Center, people of all ages and backgrounds share their financial woes with me. Many have lost their jobs, cannot find new employment, and have difficulty meeting their everyday needs. As critical and painful as the situation may be, we should not mistake it as a threat to our lives or our survival. Undoubtedly, it involves our parnassah, our ability to support our families and ourselves, but just the same,it is not debilitating or terminal illness, nor is it our Shalom Bayis or the lives of our families, if, that is, we are determined not to make it such. I realize that this is easier said than done, since a financial crisis can place our health and Shalom Bayis at risk. But that’s precisely why we have to be on guard not to allow such tragic consequences to unfold.

There is a wonderful story about a pious Jew in ashtetlwho was plagued by terrible poverty. Sukkos was approaching and he didn’t have money to buy an esrog. He suffered great anguish because of this. How could he celebrate this great Yom Tov without an esrog?

He had no assets and lived from day-to-day, trusting in Hashem. He did, however, possess an heirloom that had been passed down from generation to generation in his family. That heirloom was a special treasure to him and his wife. But, he reasoned, as precious as that heirloom was to him, it would not enable him to keep Hashem’s holy mitzvah of making a blessing on the esrog.

So he decided that he would sell the heirloom and purchase an esrog. When his wife came home and noticed that the family heirloom was missing, she asked, “Where is the heirloom?”

“You did what?” she cried in outrage.

The man began to tremble in disbelief. Surely this couldn’t be happening. He wanted to yell and scream, but then he caught himself and began to reason in his mind. The heirloom is gone…the esrog is gone – am I now going to lose my Shalom Bayis and health as well? No! He resolved – a thousand times no! I will not allow myself to fall into that trap.

The response of that pious Jew should resonate with all of us. It’s bad enough that we are experiencing a financial crisis. Are we now to place our health,shalom bayis and our families in crisis as well?

So, first and foremost, resolve not to fall into this trap. Remember, we are Yidden! We experienced trials and tribulations throughout the centuries. There is no pain or suffering that we did not endure. In our own time, we witnessed the Holocaust…the entire world was convinced that we had reached our end, and tragically, it’s not over yet! Islamic extremists are spilling our blood, terrorizing our people; Baruch Hashem, we are here! Now if we were able to survive such cataclysmic catastrophes, surely, we will be able to overcome this financial crisis as well. We need only learn to tackle our problems the Torah way.

As I write this article, it is Parshas Mishpatim, in which many of the struggles of the indigent, the downtrodden, are dealt with. There can perhaps be no poverty more abject than the plight of the man who has only one garment or blanket and must now offer it as collateral for his debts.

Regarding such an individual, the Torah admonishes his creditor to return the item every day and not deprive the poor man of his clothing or dignity. Failure on the part of the lender to comply can result in terrible consequences, for the Torah warns that, if the poor man cries out to G-d, He will surely listen (Exodus 22: 25-6).

What is puzzling in the text however is that the word, “V’Hayah – And it shall be when he cries out, G-d will surely listen.” This expression, “V’Hayah,” always connotes joy so how can a man in such dire straits be joyous?

The Torah teaches that he can, if, that is, he knows in his heart that there is a G-d he can turn to who will listen to his cries. That knowledge, that emunah, faith, will enable him to soar above his penurious condition. That faith is more powerful than any poverty; that faith has enabled our people to survive the centuries and overcome all vicissitudes, and that faith can sustain us today. We need only tap into it.

At the very genesis of our history, following our Exodus from Egypt, we sojourned for 40 years in the barren desert where Hashem sustained us with manna. But manna was a peculiar food. We were to take only the allotted portion that was our daily ration, and those who gathered more discovered that their manna rotted. Thus, early on, Hashem taught us basic principle of Jewish life…emunah. Yes, to have faith that Hashem would provide for tomorrow even as He did today. That faith is your heritage – never lose sight of it!

Having said all this, let us consider some practical suggestions for your dilemma.

Bear in mind the story that I related, and internalize its mussar – moral. Repeat in your mind: “It’s bad enough that we are experiencing a financial crisis. I am not going to place our health and family in crisis as well.”

That thought should steady you and prevent depression. As a wife and mother, there is much that you can do to remove the stress from your husband and children. By encouraging him, you will strengthen him, by assuring him that, with G-d’s help, you will manage, you will imbue him with confidence, and by putting a smile on your face you will put a smile on his. Smiles are infectious and if you are consistent, your children will smile with you as well. I realize that this will not be easy, so keep in mind a teaching of the Breslover Rebbe that my beloved husband of blessed memory, HaRav Meshulem HaLevi Jungreis, zt”l, would often quote: “When there is no reason to smile, put a smile on your face and Hashem will give you every reason to smile.” Simply put, you cannot afford to collapse or be depressed. There is just too much as stake. Be strong – that’s what being an aishes chayil is all about.

As for your children you must tell them the truth. They are not made of tissue paper. They too have to be strong and become innovative about finding some sort of work. Unquestionably, it will be a struggle, but struggle can make them stronger as well.

Years of plenty and pampering have left many of our young people with feelings of entitlement, but if challenged, their Yiddishe neshamos will come to the fore and B’Ezrat Hashem, they will make it.

As for your single daughter who is in the shidduch parshah – you must be frank with her as well. Explain to her that if she truly desires to have a husband who learns full-time, she can follow the example of the many young kollel wives who work and support their families, or she might consider marrying someone who is kovea itim – combines learning with working. In either case, with Hashem’s help, it will be okay.

It is also important that you and your husband take a good look at your finances and determine where you can trim and cut back…one of those items may be the costly Mishloach Manos to which you referred. There is no requirement to send elaborate Mishloach Manos to multitudes of people. Even if you didn’t find yourself in difficult financial straits, I would advise you to spend less on Mishloach Manos and more to Matanos L’Evyonim – gifts to the poor. A second look at the lavish Mishloach Manos in which people try to outdo one another is long overdue.

In general, I believe that it is a good idea for all families nowadays, even if they are not affected by the meltdown, to become more modest in their spending and try to help their brethren who are less fortunate. And if we do that, if we feel for one another, encourage one another, and share with one another, then surely Hashem will help us.

Finally, you write that you have always been a “stay-at-home mom” and have no experience in the work place. But sometimes, circumstances demand that we tackle challenges that we have hitherto not considered. If your situation is truly critical, then I would recommend that you explore every job opportunity. Don’t be embarrassed to speak to friends, acquaintances…let people know that you are looking for work. Many organizations offer guidance in this regard. Research it, and as you do so, remember, there is no shame in working.

Keep a positive attitude, even if it means that you must pretend. Remember the teaching of Sefer HaChinuch – “A man is shaped by his deeds,” so if you pretend long enough after a while you will discover that that which at first was pretense, has become second nature, and of course, don’t forget the most important ingredient of all – Daven! Prayer is one of the most powerful tools that we possess. Seize it – it works!

May Hashem be with you, guide you and bring the geulah to all our people. 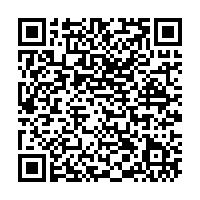