Last week’s I posed a question: Now that Rosh Hashanah and Yom Kippur have passed, will our resolutions to start a new life really last or will we leave our promises to G-d locked in our machzors until next year?

I suggested that we adopt that threefold formula of teshuvah, tefillah, tzedakah and make it our GPS system (G-d’s Perfect System).


Actually, tzedakah does not mean charity, though it is often translated that way. It is derived from the word tzedek, which means justice or righteousness, teaching us that to give to others is not an option but an obligation to do justice. Money is given to us by G-d to share with others, not for self-indulgence or for pampering ourselves with more and more.

Admittedly, in our society this is a foreign concept. We want to be “successful” and raise our children to make “success” their life goal. We never ask when it will be enough. Another house, another car, another shopping spree, another vacation –it never ends.

But if you bear in mind our Torah legacy you will recall the passage from the prophet Haggai: “Mine is the silver and Mine is the gold.” Our money, our holdings, our businesses, our portfolios, our real estate – all of it belongs to Hashem and when we depart this world we will leave it all behind and appear before G-d as naked and as bereft of possessions as we were the day we were born.

When we give to others we are only returning that which He gave us. Charity, on the other hand, is a totally different concept. It is derived from the Latin word caritas, love, suggesting that we have an option to give to those we love and withhold from those we dislike. In our world of tzedakah such an option does not exist. Whether we like someone or not we have a responsibility to give, for that is the true meaning of tzedakah and that is our very calling as a people.

When I was a little girl growing up in Hungary there were tzedakah boxes in every home, no matter how impoverished; a pushka into which coins were dropped on every occasion. The pushka became part of our lives. In lieu of yesterday’s pushkas many children today are given “piggy banks” – a term that screams self-indulgence: it’s all for me! On the other hand, the pushka teaches that my money is there to share with others – that I save it in order to give it away.

It’s not only the act of collecting money that’s important but also the manner in which it’s imparted. Allow me to share a story.

I was teaching my usual Hineni Torah class and a young man started showing up on a regular basis. He was homeless and mentally and emotionally impaired. He hardly spoke to us but he stayed long into the night, listening to words of Torah, eating and resting. A few weeks before Rosh Hashanah I explained the concept of tzedakah. Soon afterward he approached me.

“Rebbetzin,” he said, “I’ve been thinking about what you said. Can I give you tzedakah?”

And with that he reached into his pocket and handed me a stick of gum. He gave it to me with a warm smile. That piece of gum for him was greater than all the money a millionaire gives away. The millionaire doesn’t feel a pinch. His wealth remains. But that piece of gum meant great sacrifice to this young man. Anxiously, he awaited my reaction.

“Do I like it? Jonathan [not his real name], it’s the best thing you could have given me! My throat gets so dry when I speak that after my class I’m always searching for a piece of gum, and this flavor is the one I like best. Thank you. Thank you.”

I told him I was so proud of him and that I noticed how he’d even made sure the gum was kosher. Jonathan’s sad face broke into a joyous grin. He looked as if I had rendered a testimonial dinner in his honor.

We collected money and took Jonathan shopping for a nice suit and provided him with a ticket to return home to his parents in Los Angeles. A few years later I was speaking in L.A. and at the conclusion of the evening, while I was signing my books, I saw him. He came over.

“Rebbetzin, when I heard you were coming I bought the same gum.” He sheepishly held out the pack to me.

“I just did,” he said proudly.

Jonathan was still struggling the way he had been in New York. His problems remained but his beautiful heart spoke volumes and his neshamah allowed him to soar high above the craziness of our world where people lust for more and more and in the process lose their morals and values and destroy their families.

I do not know how Hashem judge us on that Final Day but one thing I do know: Jonathan will be right up there receiving his distinction and honor. His gum will speak for him.

Veheyei berachah – and you shall be a blessing – was the call of G-d to our father Avraham. Take note – it’s not “be blessed” but “be a blessing” to others. 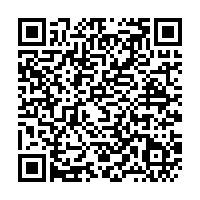