This story is often repeated. A rich man who lived in a shtetl never gave one cent to charity, no matter how worthy the cause. No beggar’s woe was able to pierce the miser’s ice-cold heart. As is the way with every mortal, the miser’s last day on earth arrived. Knowing of the lack of generosity of the deceased, the chevrah kadishah demanded an exorbitant amount of money for a burial plot. The family balked, but having no other choice, dutifully paid every last dollar and the deceased was buried with all regular courtesies.


Immediately after the shiva, the family members rushed to file a lawsuit and summoned the chevrah kadishah to secular court, claiming that the amount paid was unprecedented, discriminatory and unlawful, and they demanded a refund, plus interest and penalties. If left undefended, the members of the chevrah kadishah were criminally liable as well. Petrified of appearing in a secular court, the members of the chevrah kadishah rushed to the rav of the shtetl and shared all of the details of what transpired. The rav reassured them that they had acted correctly and that he personally would represent them at the trial.

As the court date arrived, the rav proceeded to the courthouse. As he walked through the streets toward the center of the shtetl, he was followed by everyone who saw him. Ordinarily, the rav never went into the business district. Everyone’s curiosity was aroused.

As the bailiff called the case, the miser’s family screamed and shouted about the outrageous injustice they endured. The judge patiently heard them out and plainly sympathized. Finally, the chevrah kadishah was called on to defend its actions. Out of respect, everyone in the courtroom rose as the rav approached the bench.

The rav explained how a chevrah kadishah is obligated to honor every Jewish deceased and to assign a burial plot. Ordinarily, when a Jew dies, a burial plot is assigned in which the remains of the deceased are to repose until such time that Mashiach comes and everyone is resurrected and brought to the Holy Land. Each deceased is judged according to his actions and those worthy are resurrected first. When resurrected, the burial plot, now free and unencumbered, is returned to the chevrah kadishah.

The deceased in question, the rav pointed out, was exceptionally wealthy. Despite of his magnificent fortune, however, the miser never contributed even one cent to any charity. Without any merits, he is not worth to be resurrected and will lay in his burial plot forever. And the plot will never be returned to chevrah kadishah. Accordingly, the price demanded was reasonable and fully justified.

The words of the rav penetrated the previously biased judge who fully appreciated the rav’s wisdom. The judge ruled in favor of the chevrah kadishah.

Situated in Woodbridge, New Jersey, the Beth Israel Cemetery is a place of honor for Torah giants who rest there. 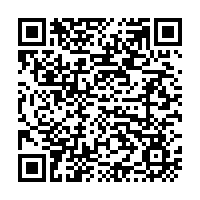