In fulfilling the directive to increase joy when Adar enters (“Mishenichnas Adar marbim besimcha”), Jewish communities for centuries have created “Purim-Torah” and an unending reservoir of “Purim satire.”

In my “archives,” I just “fished out” an old Purim pamphlet that must have been aging there for at least 20 years. It tells the story of Purim utilizing the names of modern-day countries (perhaps in the spirit of Achashverosh ruling 127 lands). I present it here (with a few additions) for the readers’ amusement:

The World-Famous Story of Purim by Meish Goldish

The story of Purim is an international tale. Give extra attention to the Italic words.

King Achashverosh was Finnish with his disobedient wife Vashti. “You Congo now!” He ordered her. After she had Ghana way, the king’s messengers went Roman the land to find a new queen. And India end, the beautiful Esther won the crown.

Meanwhile Mordechai sat outside the palace, where the Chile Haman would Czech up on him daily. “I Haiti you because you refuse to bow to me!” Haman scolded Mordechai. “USA very stubborn man. You Jews are such Bahamas. If you keep this up, Den-mark my words: I will have Yugotslaves and killed! Just Kuwait and see, you Turkey.”

Mordechai went into mourning and tore his clothes – a custom known as Korea. He urged Esther to plead with the king. The Jews fasted for three days and grew very Hungary. Esther approached the king and asked, Kenya Belize come to a banquet I’ve prepared for you and Haman, it is very Urgentina. At the feast she served French fries and invited her guests to a second banquet to eat Samoa. The king asked, Esther why Jamaica big meal like this? Just tell me what you want. Unto half my United Kingdom will I give you. Esther replied, “Spain full for me to say this, but Haman is Russian to kill my people.”

Haman’s loud Wales could be heard as he carried Honduran this scene. Oman! Haman cried bitterly. Iraq my brains in an effort to destroy the Jews. But that sneaky Mordechai – Egypt me! Haman and his 10 sons were hanged and went immediately to the Netherlands. And to Sweden the deal, the Jews were allowed to Polish off the rest of their foes as well. You lost your enemies and Uganda friend, the king smiled. And that is why the Purim story Israeli a miracle. G-d decided to China light on His people. So, now let’s celebrate. Forget all your Syria’s business and just be happy. Serb up some wine. Happy Purim”.


Talking about “Syria’s” business and “Serbing” some wine, here is a thought to ponder:

Purim is a day when some customarily get drunk based on the adage of “ad delo yoda.” Certainly not all commentators agree that these words mean getting drunk to the extent of losing one’s senses. Indeed, many gedolei Yisrael throughout the generations have expressed disapproval of this practise.

The following quote invites us to consider an additional factor when contemplating drinking on Purim. Chazal say, “Kol haposhet yad nosnin lo” – whoever has the presence of mind to extend his hand has his wishes fulfilled. During Purim, we can ask our King anything we want and Hashem will grant our request. By losing clarity, by descending into a state of confusion under the influence of wine, a person is liable to neglect maximizing the unending opportunities of this day. He is liable to waste the immeasurable potential of Purim. But wouldn’t it be a shame to indulge in the trivial at the expense of the most vital? 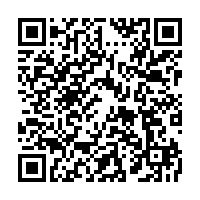