To protect his identity we shall call him Baruch. He was 15 years old and was entering high school. He lived in B’nei Brak, an ultra-religious city in Israel. His parents were devout Jews, very strict in their ways. Baruch was a student in the local yeshiva where he studied only Torah all day.

Baruch, however, was different. No part of his parents’ religion interested him. He was a poor student who was sent home numerous times for unacceptable behavior. He had difficulties studying and learning Torah. The school that he attended had no special educational facilities, and so no one was able to diagnose Baruch, who actually had severe ADHD. Based on his academic record and behavioral issues, when Baruch applied to high school, no school would accept him. He was left to roam the streets of Bnei Brak, ultimately committing more serious infractions. His parents were in a quandary as to what to do with him.


After some research, his father found a remarkable school in the north of Israel called “Yameinu KeKedem Kfar Zeitim.” This school specifically deals with “at-risk” high school-age boys from chareidi (ultra-religious) homes, and though there are similar schools in Israel that attempt to do the same thing, none offers such a wide and varied educational program.

Belligerently, Baruch enrolled in the school. When he arrived, his teacher asked him if he had any interests or if there was something he would like to try – something that he had never had the opportunity to do before. Baruch loved birds, and he asked his teacher if he could raise birds in the school. The school agreed – provided that Baruch would do the necessary research, including reading books on raising birds and on how to build and maintain aviaries.

The rest is history. Baruch designed and built an aviary, and was responsible to tend to the birds inside, making sure they were fed on time and providing for their well-being. The aviary grew to house hundreds of birds within a year’s time.

Baruch graduated the school with honors. His parents couldn’t have been prouder!

This story is not unique. It has happened to hundreds more at-risk chareidi teenagers who just couldn’t cope with the strenuous program of a traditional yeshiva. When one visits Yameinu KeKedem Kfar Zeitim, one can see why this school is so successful in changing the lives of these boys. Built into each student’s program are areas of therapy in which they choose to engage. For example, in “horse therapy,” the students develop special relationships with the more than 15 horses on the campus. They groom the horses, ride them, tend to all their needs, and embark on long rides with them. In short, they are fully responsible for them. The students also learn farming. There are over 300 egg-laying chickens and 50 goats, which students tend to daily, bringing the eggs and the goats’ milk, as well as vegetables grown on the premises, to the kitchen for all the students to eat as part of their daily diet.

This is the philosophy of the school. Everything is initiated and maintained by the students. They can choose from other activities as well, such as basketball, soccer, martial arts, music, photography, videography, and drama. In addition to these therapies, there is actual classroom learning going on daily. The first two hours of the day the students study Torah, and the remainder of the day they proceed to learn a trade of their choice, which will help them become productive members of Israeli society in the future. Options include carpentry, computer science, robotics, and industrial electricity. The school has just begun to develop an automotive track. With the knowledge that these students have acquired, they built their own dorms and designed their own campus, as well as crafted kitchen cabinets for homebound individuals in need.

“Children change here,” remarked Yehudah Herzlich, one of the founders of the school. “They leave as different people from when they first came in.” Here they receive a sense of self-worth, and grow to become active members of Israeli society. Many of these boys join the Israeli armed forces after they graduate and enlist in the chareidi unit.

We often speak of children who go “off the derech.” They discard any and all connection with their Jewish roots and rebel against everything that was taught to them. Sometimes these youth not only rebel against their heritage, but also against society – destroying property, fighting, and in general becoming a menace to the community.

Kfar Zeitim, however, has found an answer to helping at-risk kids that truly works. It’s an exciting school, one that everyone visiting Israel should take the time out to see. School personnel will even pick you up at your hotel and spend the day with you, showing you their remarkable facility. And it truly is remarkable. As a Jewish educator for over 45 years, I can attest that I was extremely impressed by what I saw. 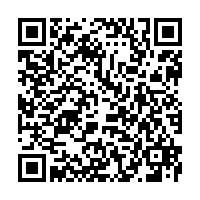