Reb Meir Olmosher was a friend of the Chasam Sofer, so when his daughter reached marriageable age, he asked him if he would select an appropriate match for her from among his students at the illustrious Pressburg Yeshiva.

The Chasam Sofer suggested someone, but Reb Meir Olmosher wanted to meet him before saying yes. The two friends, therefore, came up with the following plan: The Chasam Sofer would send a letter to Reb Meir Olmosher, to be personally delivered by the young man he had in mind for Reb Meir’s daughter. That way, Reb Meir could meet him without the latter suspecting why. And if he decided the young man was not for his daughter, he could say no without hurting anyone.


So, the young man was dispatched with a missive and headed out to the distant town. Half way there, he needed to switch trains and discovered to his dismay that the second train would not be leaving for some time. He was an extremely diligent bachur who didn’t like wasting time, so when learned that his friend Anshel – another student from the yeshiva – was at the train station heading in the same direction, he asked him if he wouldn’t mind delivering the letter for him. His friend readily agreed.

Upon his arrival in the town, Anshel – who later became famous known as the wonder rabbi, Reb Asher Anshel Jungreis of Tshenger, Hungary (whose yahrzeit falls out this week, the 5th of Kislev) – went straight to Reb Meir’s house to deliver the letter. When Reb Meir met the young man, a lively conversation ensued between the two, and Reb Meir could barely withhold his admiration for this ilui the Chasam Sofer had picked for his daughter. It wasn’t long before he extended an invitation to the boy’s parents, and the young couple was soon happily engaged.

Meanwhile, the bachur whom the Chasam Sofer had given the letter went back to yeshiva and spent his days immersed in learning. After a while, much to his surprise, the Chasam Sofer received a letter from his friend thanking him for the part he played in arranging his daughter’s shidduch. The Chasam Sofer called the student over and asked him what had happened after he dispatched him to the train station.

As he learned the details, Chasam Sofer smiled as he thought of the words in the Medrash: “MeHashem isha l’ish” – Hashem determines which woman is for which man. Indeed, this message is so important that it appears, says the Medrash, in all three sections of Tanach: Torah, Nevi’im, and Kesuvim.

The Almighty decides who should marry whom, and in order for Hashem’s plan to materialize, no detail is too big or too small for Hashem to arrange. Which union, after all, doesn’t have a story attached to it? Tales of how couples meet abound in their diversity and are sometimes mysterious, even incredulous. Truth is often far stranger than fiction when it comes to shidduchim. From meeting someone on an airplane who was supposed to be on a different flight to meeting someone through relatives who shared a hospital room…

We recently read about our forefather Yitzchak’s shidduch, which resulted from a miraculous chain of events. It is a lesson worth remembering: Miracles happen – especially when it comes to meeting one’s bashert. Those looking can use some chizuk. Why not derive it straight from the Torah? It would be a shame to forego the lessons offered to us in the parashiot of Bereishis dealing with shidduchim.

Everyone has a path to walk. For some people – e.g., Yitzchak – it is smooth; for others – e.g., Yaakov – it can be rocky. Everything that could go wrong for Yaakov does. He is attacked, robbed, tricked deceived into marrying the wrong woman…

But he eventually marries Rachel, and the only reason she is able to later have children, Rashi writes, is because she saved her sister Leah from embarrassment by giving her the secret signs Yaakov had entrusted her with on the night of the wedding. In other words, what seemed terrible for Yaakov and Rachel wound up being the source of their salvation.

Hashem’s ways are mysterious – a fact we should keep in mind when searching for our bashert. It is hard to do so during painful or difficult periods, but we should remember that the book of our life contains more than just the chapter we find ourselves currently in. And sometimes the solution to our problems lies in our current difficulties. Unexpected developments are common, and what seemed bleak yesterday may shine tomorrow. 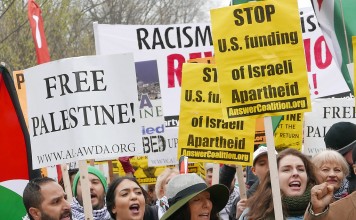 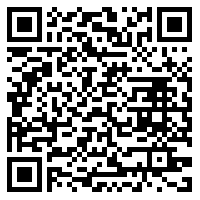