Nothing is as precious as time. Time can’t be borrowed, bought, or replaced. An hour wasted is an hour gone forever.

It is striking that in Yiddish – as opposed to other languages – one does not ask, “What time is it?” Rather, one asks, “Vie speht iz yetzt?” – which literally means “How late is it?” The question itself serves as a constant reminder that there is a lot to achieve in a limited time frame. What an impressive way to get the message across. Vie speht iz – it is late, later than we think, and there’s still so much to do.


One of the gedolei haMussar once summed up man’s mission in life with a sentence he had overheard a shoemaker utter when asked why he was still working in the wee hours of night: “As long as the candle burns, things can be fixed.”

The soul is compared to a candle; so truly, as long as the “candle” burns, things can be fixed. Time is precious. There is much to accomplish! The Imrei Emes once said, “The biggest ‘mussar sefer’ I know of is a ticking clock!”

We are familiar with the custom to present a chassan and kallah with a golden watch during their engagement period. But why? One of the gedolim explained: “To instill in the young couple the knowledge that every minute is worth gold.”

This lesson exists in many cultures. “Time is money” is a common expression. For some people, money is the most desirable asset, so they compare time to it. We know better, however. Chazal have enlightened us to something more precious than material acquisitions: “Yesh koneh olomo besha’a achas.” We can acquire eternity, the World to Come, with our time. So why settle for something less?

Chazal compare money to a “galgal hachozer ba’olam” – a spinning wheel, one moment up, the next moment down. Money and all that it can buy – pleasure, comfort, and luxury – are temporary. Spiritual values, though, are eternal. So time devoted to climbing the echelon of middos and perfection, or to helping a friend, is a worthy investment.

Incidentally, how symbolic that the object displaying time is called a “watch.” Is this word telling us to “watch” how we spend our time?

King Munbaz, son of the Queen Heleni – who converted to Judaism – used his treasures to support the hungry. He summarized his actions by stating, “My ancestors amassed money while I collected souls. They amassed for their heirs while I accumulated for myself” (Bava Basra 11).

Time properly used is a source of happiness. It is known that the clock in the Chozeh of Lublin’s house left a delightful impression on people. The Chozeh was cheered by every passing minute, elated that the Geula was drawing closer.

May we soon be zocheh to see the Geulah.

Q & A: Should We Stand Or Sit For The Second Ashrei? (Conclusion) 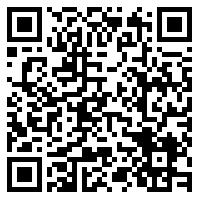