The zodiac sign for most months is a singular noun – e.g., rainbow, lion, and ox. An exception is the sign for the month of Adar, which is a plural noun: “dagim – “fish.”

One simple explanation for this exception is that there are often two Adars. Seven times every 19 years, we have an Adar Sheni. But let’s dig deeper. Another month with a plural zodiac sign is Sivan: “teomim – twins.” Is there a common denominator uniting these two months, Sivan and Adar?

But why are the signs for only these two months plural? The Chasam Sofer enlightens us: The Torah, he writes, has to be lived and breathed fully, on every level. Both contrasting parts that comprise a human being – body and soul, emotion and intellect – must be put to the service of Hashem. Three times daily in Krias Shema, we say “bechol levavcha.” The two letters “beis” in the latter word stress that both the yetzer tov and the yetzer hara are called upon to serve Hashem. All attributes must harmonize in following the Torah.

Just like twins (te’omim) complement each other and are compatible (which is the meaning of the related Hebrew word “to’amim”), so too, we must use all our contrasting powers in keeping the Torah which we received in Sivan and recommitted to keeping in Adar.

Other commentators, based on the Zohar, mention a different plurality. As a nation we said “na’aseh venishma” in regards to a “double” law – the Torah Shebichsav (Written Law) and the Torah Sheba’al Peh (Oral Law) – once in Sivan 2448 and then again in Adar 3405.

Now, we can perhaps also understand why Purim is the only holiday that was established on two different dates depending on where one lives. In most of the world, Jews start celebrating Purim on the 14th of Adar, but Jews in Jerusalem (and other cities with extremely ancient city walls) start celebrating it on the 15th of Adar. Why is that so?

In the year 5596 (1835-36), the Chasam Sofer raised this question in a speech to the Pressburg community and offered the following explanation: As is well known, the world exists in the merit of Torah study. Without round-the-clock study, the whole world would dissolve back into chaos – tohu vavohu. Now, since people eat, drink, and rejoice on Purim – some even get inebriated based on the expression “ad delo yoda” – Mordechai and Esther intentionally divided the holiday to make sure Jews would always be engrossed in Torah study somewhere in the world. While in one corner of the world, some Jews may get drunk, in another corner, Torah learning continues!

To highlight the deep connection to Torah one can experience, I think it’s appropriate to end this article with an excerpt from the diary of my father, a”h, which he wrote after emerging alive from the hell of Auschwitz:

“They forced us to stand erect, barefoot, for ‘Appell’ [roll call] at 2:00 – in the middle of the night – counting and recounting us till 5:00 in the morning under harsh weather conditions. At 5:00 they walked us to hard labor on thorns and stones while hitting, beating, and pursuing us. We were exhausted, but there was no mercy. Many times I thought that if Hashem would release me from their hands…”

May I interrupt this paragraph to ask you what you think a person would wish for after being freed from the horrors of the Holocaust? A warm meal, decent clothing, a shower…

“Many times I thought that if Hashem would release me from their hands…and I would have the privilege of living in my own place and possess a table, a lamp and a Gemara, I would rise at that hour of the night to study Torah and revive my soul with its shining light. The above-mentioned hour would not pass over me while sleeping, but in mighty joy and great happiness bent over the Gemara.”

“Kimu vekiblu.” These are not just words. They are a bequest. They are life itself. 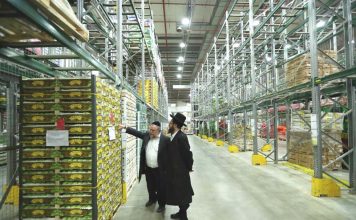 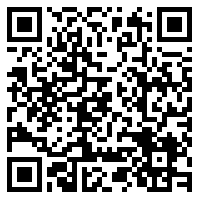