I remember the day when I noticed my first gray hairs in my beard along with the feeling that my youth was gradually slipping away. For me it was a reality check, leaving me with the clear message that I am not going to be around forever, that I am ultimately a mortal human being. After feeling a little down, I met my son, Shimi, who was on leave for a month from the Israeli army where he was on active duty. He said, “Aba, you’re looking a bit down. What’s wrong?”

“Well,” I said, “today I noticed a little gray in my beard and I can’t help but get the feeling that I’m getting older and my youth is ebbing away.”

“Aba,” he said. “I always felt that as you get older you become wiser. I can’t wait until I get older when I will be smarter and will have gained more wisdom.”

When the Torah was bestowed by God unto the Jewish people, Moshe, our teacher, descended from Mount Sinai with the Ten Commandments. He had tarried on the top of the mountain for forty days, and when he finally saw the camps of the Jewish people, he noticed, to his horror, that they had built and began to worship a golden calf. He flung the tablets from his hand and destroyed the idol. When finally this episode was over and the Jewish people suffered hardship due to their behavior, Moshe ascended the mountain once again and designed a new set of tablets.

What happened to the first set? Our sages tell us that the broken pieces were placed in the ark next to the whole second set. Though they were smashed into pieces, they remained holy and therefore had to be respected and revered. From here we learn that, like the original set of tablets, we must revere an older person, even if he can no longer remember all the Torah that he had once learned. Age in Judaism is not an excuse to toss away and discard. Quite the contrary, it is a time to revere and respect.

In American society we are all caught up with the idea that youth is very important. We are always trying to perceive ourselves as younger. Advertising stresses how we can make ourselves look younger. People who interview for jobs lie about their age for fear that they will be considered too old for the job. Men dye their hair to cover their age and appear a little younger.

While it is true that youth might have more energy and strength, they fall far short many times when compared to an older person’s wisdom and understanding I regards to dealing with life and people in general.

I recently heard of a day school that instructed its teachers not to mention to the students or parents that they had been teachers at that school for a long time in order to give the distinct impression that they were young and vibrant. Their board equated vibrancy and the ability to teach with youth. However, a seasoned teacher is much more valuable in the classroom and would be able to impart much more information and experience to his/her job, ultimately far enhancing and outweighing the attributes of the youthful teacher. We as Jews are always commanded to respect age and to seek counsel of those who are older and wiser than we are.

In Israel as well, there are serious issues on how the government is biased against older people. Rabbis, doctors, and nurses who have been active for a long time in their positions, and whose experience should be an invaluable asset to their profession, are summarily told that they must retire upon reaching a certain age. I have personally witnessed rabbis and other professionals who are in perfect health, who are at the gym every day working out, told that their services are no longer needed due to their age. In Israel today, a person over the age of sixty has a difficult time securing a mortgage should he/she wish to buy a new home or apartment. 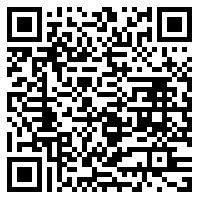