Someone once approached the Chazon Ish to ask when it would be appropriate to start educating his two-year-old son. The Chazon Ish answered that he was two years too late – children begin learning when they are infants. Studies of babies raised in an orphanage found a high mortality rate due to an absence of human warmth. When they began receiving physical and emotional attention, the mortality rate declined. When we sing Shema and Hamalach Ha’goel to a baby, it infuses in his or her heart a love of Hashem as expressed in these tefillos. The feeling of being loved, the feeling of hearing the magical words “I love you” is irreplaceable to a child.

The developing brain is a field of opportunity, and the early childhood experiences help set the stage for the choices a child will make later on. For better or worse, children mimic their parents’ behavior. Children of Hatzalah members run around with walkie talkies, and homes where davening and learning is valued are filled with preschoolers pretending to daven or learn. The best way to teach a child to daven well is by example. How foolish are those parents who force their children to come to shul and sit for hours with a siddur, but talk during davening or hang out in the kiddush club.

Years ago we went on a 28-hour trip to Niagara Falls. Our entire schedule was planned around minyanim that would fit into our location and schedule. We wanted to take our children on a vacation, but we did not want to leave Yiddishkeit behind. We left at 4:00 a.m. so we would be in Scranton on time to daven Schachris and learn in the Bais Midrash. We then proceeded to Corning and arrived in Rochester for Mincha and Buffalo for Maariv. The next morning, we davened Shacharis in Buffalo, experienced the Falls, and left in time to make it to Binghamton for Mincha and Maariv. On this lengthy drive, my wife commented that while the children would remember the magnificence of the falls, the experience of revolving a vacation around tefilla b’tzibur would leave a lifetime imprint.

It is important to teach your children to do mitzvos out of love, not because they feel burdened. If the children hear that they have to daven, it becomes a chore, which no one appreciates. Speaking to Hashem is a zechus, a true honor, and it should be something we want to do. Children have the capacity and maturity to daven well at different ages, and tefillah should be taught to children when they are ready, each child according to his own emotional and intellectual growth. Growing in mitzvos should be positive and exciting – for all ages. We are taught that the Pesach Seder should be enjoyable for children – how much more so all one’s chinuch experiences.

Children should go to shul, it is important for their growth and development; however, halachically speaking, it is wrong to bring a child to shul for long periods of time when he does not have the maturity to maintain the proper decorum and will therefore disturb others. When a child is brought to shul and constantly told be quiet, he will not enjoy going there again. There is also the possibility that if he makes noise and is not shushed, he will learn that shul is a place where one can make noise and talk. One should teach a child the importance of berachos and davening at a young age, but it must be at the right time and in a positive and inspirational way.

At my wedding, a Rav approached me and told me that I should walk toward the chuppah right foot first to set the stage for a strong and spiritual beginning to my new life. One may be married for decades, but there is only one shana rishona, first year. The Torah tells us that a chassan is supposed to dedicate this year towards establishing a special relationship with his wife and is therefore exempt from serving on the battlefield. For this reason many young men will have “night seder” at home during their shana rishona to show their wives that the home is a major part of their Torah lives, and that they are partners in this spiritual growth. 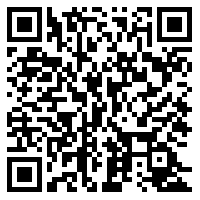