Before the bar mitzvah of one of his grandsons, the Imrei Emes sent the boy the following letter:

“At the age of 13, halachically you enter a new stage of life at which you merit the title ‘gadol’ and are considered worthy of fulfilling the 613 mitzvos. To appreciate the magnitude of the mitzvos you will become responsible for, I ask you to picture the following scenario: Imagine someone approaching you after your bar mitzvah with a request that you refrain from putting on tefillin for one day of your life – just one – and has the nerve to offer you a substantial amount of money to forego the mitzvah.


“I know for a fact you would not accept his offer regardless of the sum he offers you. You were imbued with the idea that mitzvos are not for sale. They are non-negotiable. Who would, even for a legendary sum, chas v’shalom, transgress Shabbos, forego blowing shofar on Rosh Hashanah, give up building a sukkah, and so on?

“A G-d-fearing Jew knows that mitzvos are non-refundable. If a person owns something that he isn’t ready to trade for millions, it must be worth billions! What emerges from the above is extremely precious. [Since a Jew won’t give up a mitzvah for millions, each one evidently] turns us into billionaires. As each and every time a mitzvah crosses your way, remain aware of this fact. It is with this spirit that I ask you to step into this new phase of your life…”

There is no question that performing mitzvos while keeping this invaluable thought in mind will upgrade the quality of every one of our deeds.

The Baal Shem Tov actually once used this thought to save a Jew in the Heavenly Court. This Jew had once missed part of Shachris because he was distracted on his way to shul by a lumber merchant who offered him merchandise for a great price. The prosecuting angels in heaven accused this Jew of negligence. How could he miss the opportunity to say, “Amen, y’hei shmei rabba…”?

The situation looked grim. The angels were adamant. It didn’t seem like they were going to yield. That is when the Baal Shem Tov intervened and swayed the heavenly court to his side. “It’s true,” he said, “that people sometimes forego the opportunity to fulfill a mitzvah in order to earn a significant sum of money. I can assure, however, that once a mitzvah is completed, no one – including this Jew – would sell it for any amount offered to him, no matter how large.”

Isn’t this fact a clear indicator of the deep attachment we have to mitzvos? Yes, confusion reigns, the evil inclination doesn’t relent, and we sometimes miss a chance to grab a mitzvah but, when tested, who would exchange a fulfilled mitzvah for any material sum? 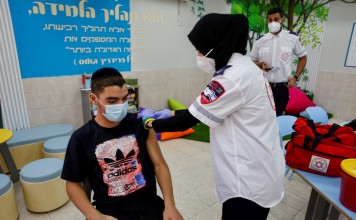 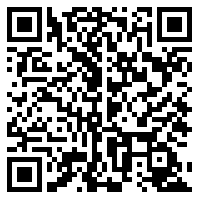