Editor’s note: The following are condensed excerpts from an interview Moshe Feiglin recently did with David Isaac of World Israel News.

What makes you different? Why should someone vote for Zehut over other parties on the right?

How do you deal with the demographic threat?

There’s no demographic problem anymore. Jewish women are having more children than Arab women. There’s going to be a majority of 80 percent Jews between the Mediterranean and the Jordan River in less than 15 years.

Besides, a huge number of Arabs wish to leave. And when you create a system to encourage them and give them support, they will leave, and only a minority of older people will remain. Already there are empty villages in Judea and Samaria – ghost towns. Beautiful houses by the way, not just refugee camps.

Zehut’s platform sounds like it would be attractive to politically-conservative Americans. You call for protection of free speech, small government, the right to bear arms, school vouchers, etc. Were you inspired by American ideals?

The concept of freedom comes from the Bible and America took it from the Bible. The statue standing in front of the American Supreme Court is a statue of Moshe Rabbeinu. So this is my source.

Do you think such ideas have traction among Israelis today?

Yes. Israel is number 57 in the world in how hard it is to start a business. You have to wait eight years on average to build a house. Young Israelis who served in the army are leaving Israel because they cannot breathe here. They’re moving to countries that have less money than Israel, but more freedom.

Your party has a detailed platform, but many parties don’t, including Likud. Why not?

Are you saying it makes no difference if a left-wing government comes to power?

Yes, that’s exactly what I’m saying. Netanyahu destroyed four settler villages. Netanyahu did not let them build in Jerusalem. Netanyahu released thousands of terrorists in the Gilad Shalit deal, including all the leaders of Hamas. Over 100 Israeli soldiers and civilians got killed because of that, including three kids from Gush Etzion.

Even though Oslo and giving away the land is the left’s ideology, the ability to carry it out is stronger on the right. I don’t ask myself anymore what’s more dangerous – the left’s bad intentions or the right’s superior abilities. Recent history shows that the right is more dangerous.

Moshe Arens just passed away. He was instrumental in developing Israel’s Lavi fighter, which was never produced due to American pressure, demonstrating the downside of receiving U.S. aid. Your party is the only one calling for the cessation of U.S. military aid to Israel. Why do you oppose U.S. aid?

American aid only harms Israel. Israelis are taught to think that if America doesn’t give us this aid, Israel will disappear. Today, Israel can manufacture all it needs by itself or get it on the free market at better prices, and sometimes even at better quality than in America.

I’m not saying we should not develop the relationship with America. But it should be developed as allies and not as givers and takers.

The second reason is this system led to a lot of corruption. You’re talking about big money and not many people knowing exactly where it comes and where it goes. You’ve got two generations of well-connected groups who are being fed on both sides with that money.

Polls suggest your party will not get into the Knesset. If you were convinced your party would not pass the voting threshold, would you back out? 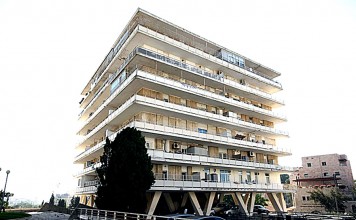 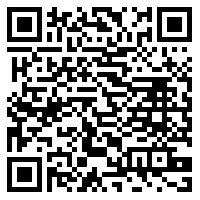