Rabbi Yaakov Moshe Harlop, a leading student of Chief Rabbi Avraham Yitzhak HaKohen Kook, explains in the sixth volume of Mei Marom (based on teachings from the Zohar) that subordination to gentile rulers is a form of idolatry. Israel must trust completely in HaShem who controls and directs all historic events. To fear foreign nations is to reject G-D’s supremacy and a terrible desecration of His holy Name.

The Talmud (Brachot 7b) discusses whether appeasement or confrontation is the proper strategy when dealing with gentile antagonists. While Rabbi Shimon bar Yochai – who himself stood up to the Roman oppressors of his generation – teaches that it is acceptable to antagonize and provoke the wicked, the Talmud concludes that not everyone should follow this opinion. Only a person whose motivation is purely for the sake of heaven can allow himself to take such dangerous risks.


Mordechai refused to humble himself before Haman, arguing that Hebrews must stand strong in the face of gentile aggression. The rabbinic leadership of Shushan agreed with Mordechai in principle but felt that in order to display this ideal level of courage, the Jews had to first feel strong inside themselves. Mordechai rejected the notion that his people were weak and instead saw Israel’s true national potential. He argued that even if Jews first need to feel inner strength before being able to stand up against oppressors like Haman, that strength will never come from getting down on their knees. In fact, bowing to tyrants is precisely what leads people to mistakenly believe they lack the power to assert their rights. Haman was already seeking an excuse to destroy Israel and demands for submission could easily lead to other humiliations. Appeasing evil, according to Mordechai’s logic, can only succeed in inviting further trouble.

As HaShem’s chosen people and national expression, Israel must realize our own inner strength. When the Persians came to destroy the Jews, Mordechai led our people into battle and prevailed over those who had sought our destruction. The actual decree to annihilate Israel had not been rescinded and the Jews were required to take up arms. At that point, Israel realized our true inner might by taking the initiative and killing 75,800 Persians without losing even a single Hebrew life. The message is clear for every generation. Israel must demonstrate confidence in ourselves and an iron determination to defy our antagonists. Mordechai teaches that it is not through appeasement that one achieves peace but rather through strength, self-assurance and unequivocally firm resistance to tyranny and injustice. 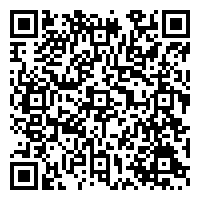