In our story, a simple zoo-trip turns into a journey to the beginning of time.


“Have fun, guys. Just remember to stay in your assigned groups and, um, act in a way that nobody mistakes you for one of the exhibits,” laughed the trip coordinator, as 35 very boisterous kids began piling off the bus at the zoo.

After getting through the gate, a tall fellow dressed like he was ready to go on a safari met the class; he introduced himself as their guide. They all jumped on the “zoo train” and were on their way.

First stop was the small animal exhibit. Yossi was kind of bored, waiting to get to the good stuff like the lions and polar bears, but his buddy Josh seemed fascinated by every little reptile, amphibian and marsupial.

“Hey Yoss, you’ve got to see this — it’s just unbelievable!”

Yossi walked over hopeful to finally see something really cool, but was disappointed to see Josh gawking at what seemed to him to be an empty display. “Isn’t it amazing?” Josh asked.

“What’s so amazing? That they forgot to put anything in there?” asked Yossi.

“No, look closely,” said Josh. “In the corner over there, that thing that looks like one of the rocks is really a curled up snake!”

Yossi stared for a minute and saw that his friend was right. But he still didn’t understand what the big deal was. “Yeah, cool, I guess,” he said, looking at his watch, wondering when they’re going to finally get to the elephants.

Josh continued: “The sign over there says that the snake’s coloring helps him to sneak up on his food, and allows him to avoid the predatory birds that would want to eat him. It’s like Hashem designed him with his own camouflage uniform!”

Eventually they reached the African savannah exhibit, and stood face to face, or actually face to knee, with a couple of huge giraffes calmly munching on some leaves at the top of a tree.

“Can you believe it?” asked Josh, seemingly more amazed than ever.

“You mean how tall they are?” asked Yossi, finally beginning to perk up around the ‘real’ animals.

“Yeah, but more than that. It’s the way Hashem designed them. The sign says that their ideal diet is the leaves on these tall trees. So look how He gave the giraffes a built-in ladder between their shoulders and their heads to be able to reach them!”

Yossi was getting a little tired of all this design stuff. “Whatever. Josh, aren’t you getting a little carried away? I mean, it is sort of neat how it worked out that way, but if you ask me, it’s probably more of a, you know, coincidence than anything else, and so are all these other things you’re getting so excited about.”

Josh looked like he was about to answer back, then changed his mind. Instead he just smiled a funny smile, and pulled a real fancy-looking digital camera out of his day pack to take a picture.

“Now there is something to get excited about!” declared Yossi. “I didn’t know you got a new camera. What brand is it?” 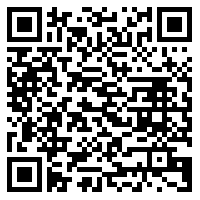