But why is the mitzvah to carry the Aron for all generations as opposed to the other vessels? Additionally, there is another unique halacha exclusively concerning the Aron. That is the poles of the Aron were never allowed to be removed. All the vessels had poles to transport them, but only the Aron’s poles were never allowed to be removed. Even though the Bnei Yisrael were camped in one place for nineteen years in the desert and three hundred sixty nine years in Shilo, and even longer in the Beis Hamikdash, its poles were never to be removed.

The question is why not? The poles were a means of transportation. One would not leave on the case that a painting or an expensive item is transported in; the transportation means would be stored until it was time to be transported. Why then could the poles of the Aron never be removed?

I heard the following answer explained by Rabbi Y.Y. Jacobson who said it in the name of the Meshech Chachma and Rav Shimshon Raphael Hirsch: The Aron represents the Torah. the Torah is our identity and our connection to Hashem and our religion. When we were in our homeland with our own government and a Beis Hamikdash our identity and connection to Hashem was clear and evident. However, after we were expelled from Eretz Yisrael and spread out over the nations of the world, how was it that we did not assimilate? The natural effect when a nation is exiled is to assimilate; especially when there is pressure, discrimination, torcher and never mind execution. Yet, for 1948 years now we have remained true to our heritage. How has that been accomplished?

The answer is because of the Torah. Our connection to the Torah is the only way we have survived this long and bitter galus. The message of the poles of the Aron is that the Torah is portable. Take it with you in any country and culture, any society and it will create an identity, and a connection to Hashem. The Torah forbade ever removing the poles even when it was to be stationary for a long period of time to display and remind us that the Torah will come with us and keep our identity and religion strong wherever we find ourselves.

Over the last seventy years there has been an outburst of Torah learning. There are thousands of men learning in kollel and bachurim in yeshivah. There are thousands of shiurim and the level of balei batim has risen tremendously. We have become a generation of Torah learners. Chazal tell us that the first three redemptions from galus were in the zechus of the Avos and the final redemption will be in the zechus of Moshe Rabbeinu. Moshe Rabbenu will only come to redeem a nation that learns the Torah he brought down for us.

May we continue to learn and strengthen our connection to Torah and thereby Hashem, and may we merit the final redemption, amen. 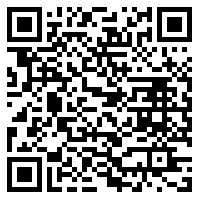