That was the highest number of homers ever hit in an All-Star Game, highlighting the great young talent in the game today. Baseball has more young superstars today than in any other era. And more are on the way.


The Futures Game, which was played two days before the All-Star Game, showcased the best young talent in the minor leagues and also saw a record number of home runs. By next year, some should be starring in the major leagues along with all the other young greats.

One of the minor leaguers who played in the Futures Game was Yusniel Diaz. The 21-year-old outfielder, representing the Dodgers team two levels below the majors, hit two home runs and was traded to the Baltimore Orioles the day after the All-Star Game. Diaz and four other prospects were traded for superstar Manny Machado. At the time of the trade, Machado was batting .315 with 24 home runs. It will be interesting to watch his performance with the Dodgers during the rest of the season.

One of the other prospects thrown in for Machado was Dean Kremer, a 6-foot-3 right-handed pitcher who holds Israeli and American citizenship. Born in Stockton, California, to Israeli parents, Kremer grew up speaking Hebrew and had his bar mitzvah in Stockton. Before being signed by the Dodgers, Kremer attended college in Stockton and Las Vegas, and took time out to pitch for Team Israel.

At the time of the trade to the Baltimore organization, Kremer was in Double-A Tulsa, two levels below the Dodgers. Baltimore assigned him to their Double-A Bowie club. Kremer should move up the minor league ladder more quickly with the Orioles than he would have with the Dodgers, and has the tools to make the major leagues.

Speaking of the All-Star Game, I’ve covered several and met many of the magic names I grew up with. The very first All-Star Game I ever saw was in 1950, a few weeks after our family got its first television. That was the year I started following baseball and collecting baseball cards. It was a great summer for me, with time-consuming bar mitzvah lessons still a few years away.

I invited a couple of fellow youngsters from my yeshiva class to watch the 1950 All-Star Game played in Chicago’s Comiskey Park. We sat transfixed, staring at the big brown console with the little 12-inch black-and-white picture.

The game featured the greats of the era: Berra, DiMaggio, Feller, Kiner, Musial, Rizzuto, Snider, Spahn, Williams, and others having a great season that year. One of those was Hoot Evers, who played left field for the Detroit Tigers and was one of the American League’s best hitters that year. He became my favorite player the first time I heard his name, during a radio broadcast early in the season.

The All-Star Game was tied after nine and went into extra innings. In the 14th, second baseman Red Schoendienst, who’d taken over the position from Jackie Robinson two innings earlier, hit a homer and gave the National League a 4-3 lead. In the bottom of the 14th, Joe DiMaggio grounded into a double play – third baseman Willie Jones to second baseman Schoendienst to first baseman Stan Musial – to end the game.

Red Schoendienst became part of my youth after that game, as he played through the 1950s and into the next decade. Schoendienst had broken into the major leagues with the St. Louis Cardinals in 1945 and was traded to the New York Giants in 1956. He was traded to Milwaukee the next season, then returned to the Cardinals in 1961, finishing his playing career with them in 1963.

His best season was in 1953, with the Cardinals, when he batted .342. A switch-hitting, smooth-fielding second baseman, Schoendienst had a .289 career batting average before going to the other side of the foul lines as a coach. He managed the St. Louis team from 1965 to 1976, and the Cardinals finished first or second under him five times.

After coaching again, he managed the Cards for part of the 1980 season before going back to coaching. His work attire was a baseball uniform for 70 years. The last time I saw Red, he was wearing a Cardinals uniform at their spring training site in Jupiter, Florida, a couple of years ago. Schoendienst was the oldest living Hall of Famer when he died at 95 before this year’s All-Star Game. 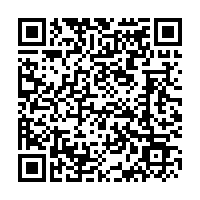